No589 My Madagascar minimal movie poster 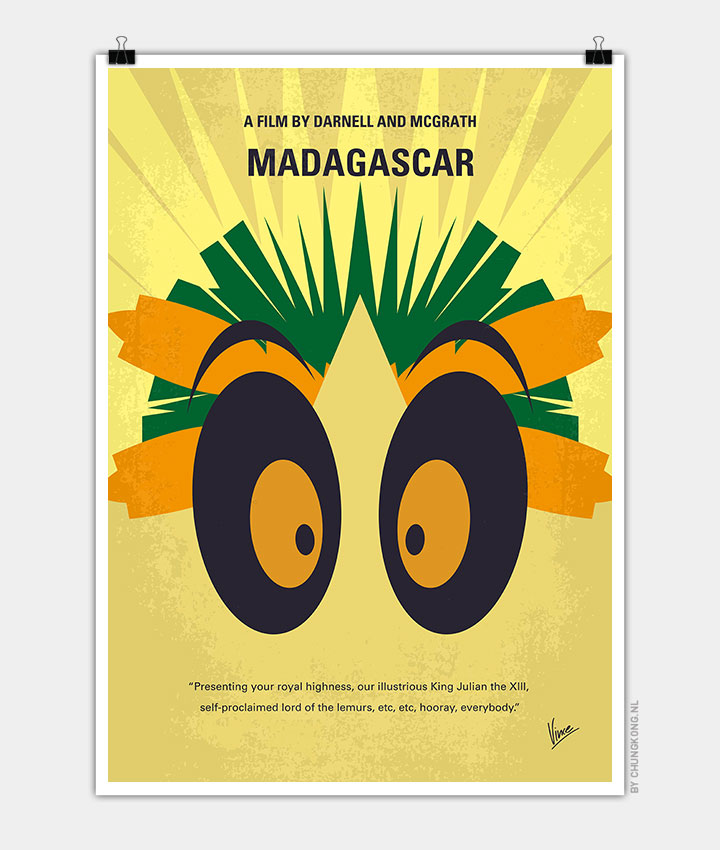 Spoiled by their upbringing with no idea what wild life is really like, four animals from New York Central Zoo escape, unwittingly assisted by four absconding penguins, and find themselves in Madagascar, among a bunch of merry lemurs

Storyline
At New York’s Central Park Zoo, a lion, a zebra, a giraffe, and a hippo are best friends and stars of the show. But when one of the animals goes missing from their cage, the other three break free to look for him, only to find themselves reunited … on a ship en route to Africa. When their vessel is hijacked, however, the friends, who have all been raised in captivity, learn first-hand what life can be like in the wild.