No590 My The Outsiders minimal movie poster 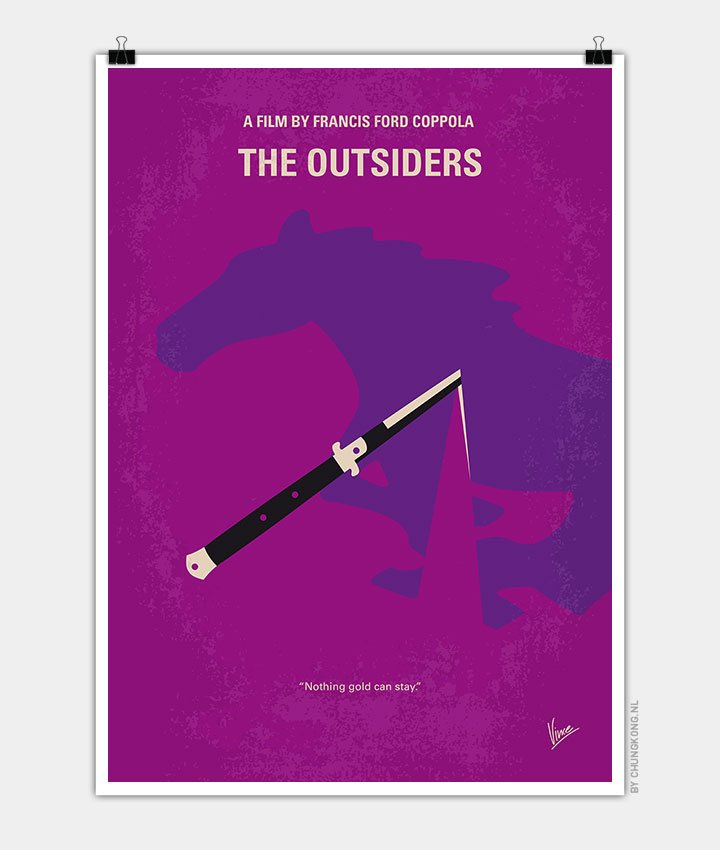 The rivalry between two gangs, the poor Greasers and the rich Socs, only heats up when one gang member kills a member of the other.

Storyline
The movie details a town split between the wealthy South Zone gang called ‘The Socials’ and the poor North Zone gang called ‘The Greasers’. Dallas Winston, Ponyboy Curtis and Johnny Cade from ‘The Greasers’ befriend the rich Cherry Valance and Marcia at a drive-in. Later that night, a group of ‘The Socs’ chase and beat up Johnny and attempt to drown Ponyboy in a fountain. However, Johnny stabs one Soc and kills him, saving Ponyboy. The desperate boys seek Dallas who finds a hideout for them in a nearby town. One week later, Johnny and Ponyboy decide to return to their hometown, with Dallas, to claim the murder as self-defense. But on their way back, they see the church on fire and Ponyboy and Johnny help the children trapped in the church and become heroes. However Johnny is badly wounded and confined to the hospital. Meanwhile The Socs and The Greasers prepare to fight.