No598 My Citizenfour minimal movie poster 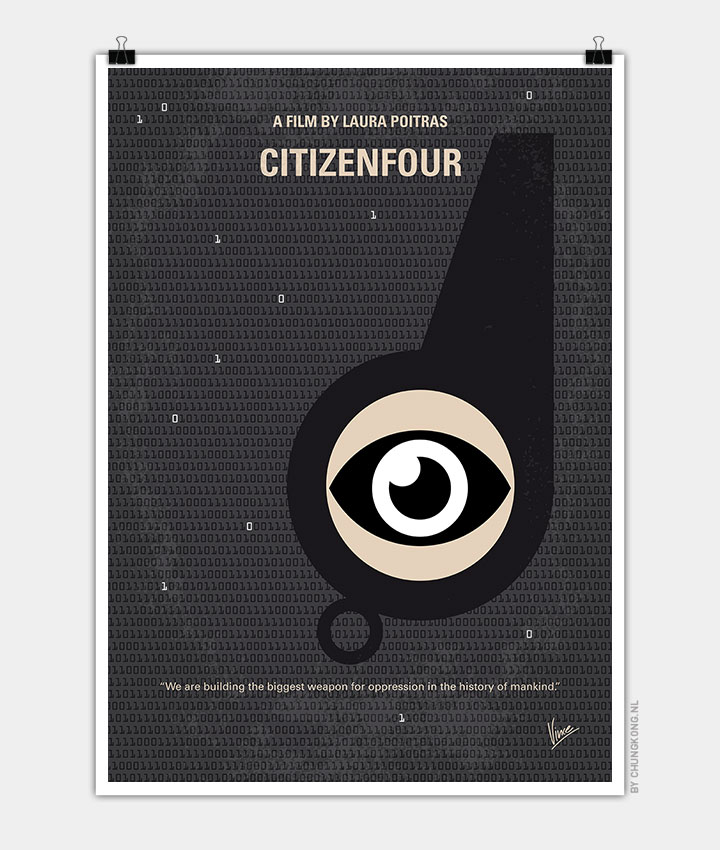 A documentarian and a reporter travel to Hong Kong for the first of many meetings with Edward Snowden.

Storyline
In January 2013, Laura Poitras started receiving anonymous encrypted e-mails from “CITIZENFOUR,” who claimed to have evidence of illegal covert surveillance programs run by the NSA in collaboration with other intelligence agencies worldwide. Five months later, she and reporters Glenn Greenwald and Ewen MacAskill flew to Hong Kong for the first of many meetings with the man who turned out to be Edward Snowden. She brought her camera with her. The resulting film is history unfolding before our eyes.