No606 My Argo minimal movie poster 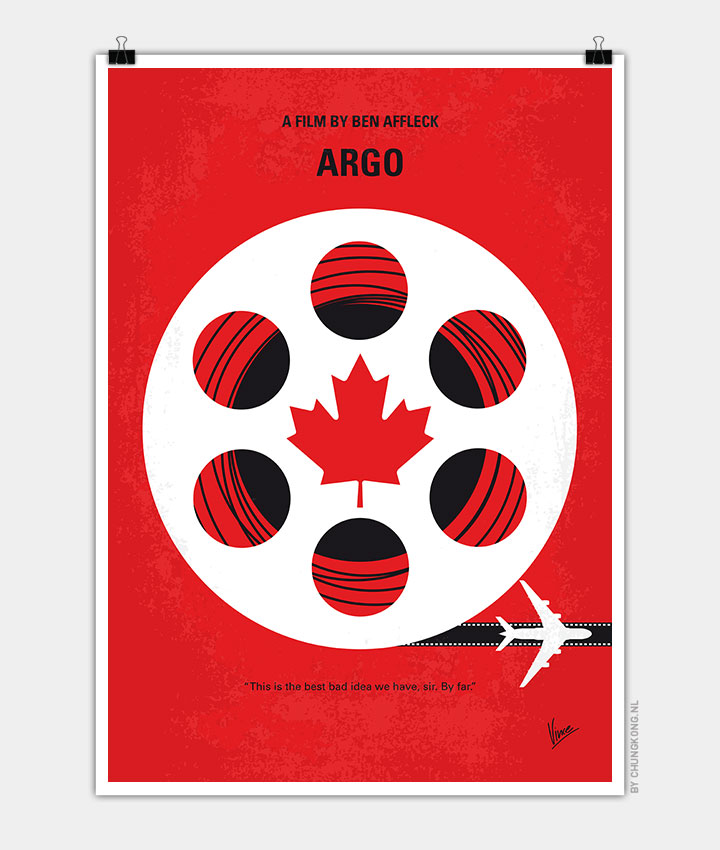 Acting under the cover of a Hollywood producer scouting a location for a science fiction film, a CIA agent launches a dangerous operation to rescue six Americans in Tehran during the U.S. hostage crisis in Iran in 1980.

Storyline
In 1979, the American embassy in Iran was invaded by Iranian revolutionaries and several Americans were taken hostage. However, six managed to escape to the official residence of the Canadian Ambassador and the CIA was ordered to get them out of the country. With few options, exfiltration expert Tony Mendez devised a daring plan: create a phony Canadian film project looking to shoot in Iran and smuggle the Americans out as its production crew. With the help of some trusted Hollywood contacts, Mendez created the ruse and proceeded to Iran as its associate producer. However, time was running out with the Iranian security forces closing in on the truth while both his charges and the White House had grave doubts about the operation themselves.