No617 My Dodgeball minimal movie poster 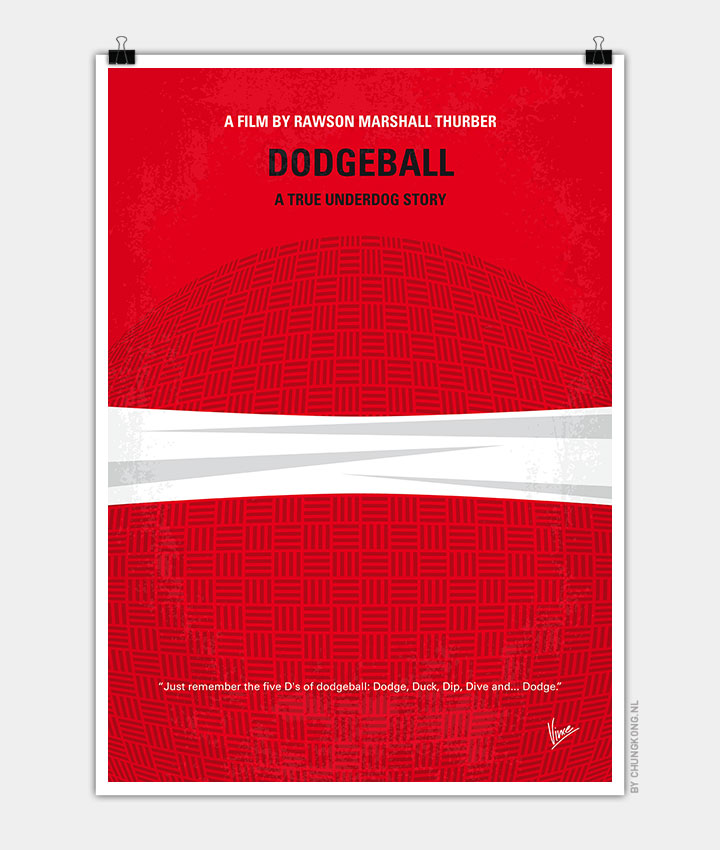 A group of misfits enter a Las Vegas dodgeball tournament in order to save their cherished local gym from the onslaught of a corporate health fitness chain.

Storyline
Globo Gym is a beacon of human physical prowess and perfection, a shining example of human physical fitness with several million in capital and multiple locations. It’s run by White Goodman, who’s not just the founder of Globo Gym, but the first customer and creator of the lifestyle. Right next door on the other hand is Average Joe’s Gymnasium. It’s run by Peter LaFluer. As popular as Globo Gym is, unfortunately, Average Joe’s is none of the things that Globo Gym is. As White Goodman plots a hostile takeover of Average Joe’s, Peter LaFluer does everything he can short of robbing a bank. As he consults with his oddball, but closely knit membership on what to do, they ultimately settle on competing in the Las Vegas annual Dodgeball championship. They win a local regional qualifying match, and attract the attention of American Dodgeball Association Of America (ADAA) legend Patches O’Houlihan, who agrees to become their new coach. With the help of an attractive lawyer who would want nothing more than to see White Goodman on the losing end of the finals, they quickly become sensations on a 8th seed cable network. Will Average Joe’s win it all and become true underdog heroes, or will White Goodman succeed with the hostile takeover?