No618 My The Aviator minimal movie poster 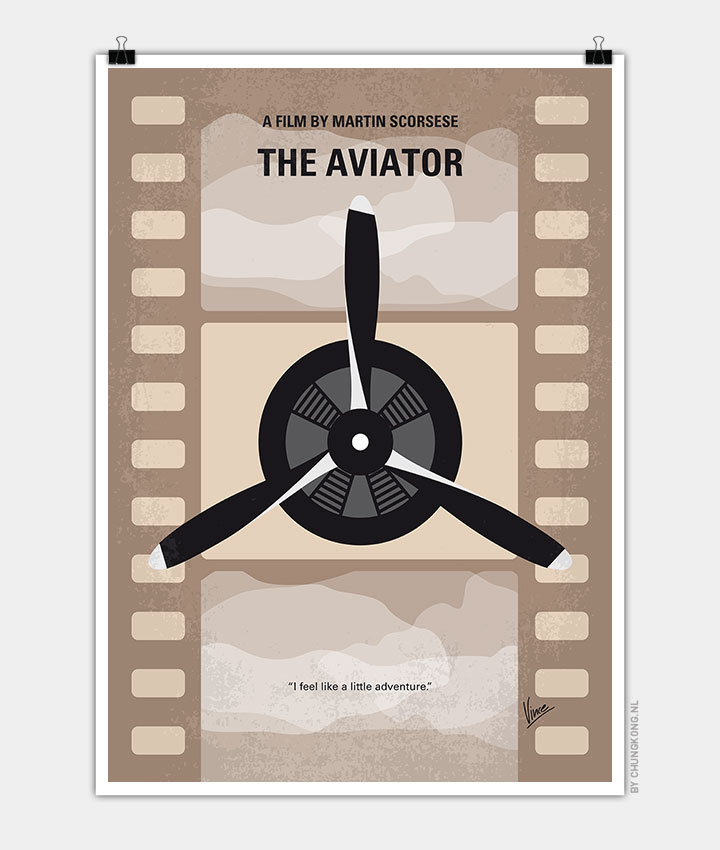 A biopic depicting the early years of legendary director and aviator Howard Hughes’ career from the late 1920s to the mid-1940s.

Storyline
Focusing on his early years (from the 1930 production of ‘Hell’s Angels’ to the 1947 test flight of the Spruce Goose, when he was 42), this is the story of how young Howard Hughes transformed a small fortune into a massive one. The son of the Texan inventor of an amazing drill bit who died when he was 18, leaving him with 75% of the “Hughes Tool Co.”, Howard Hughes quickly moved to Los Angeles to become a Hollywood film producer, where he helped launch the career of Jean Harlow and other starlets, and producing such classics as Hell’s Angels, The Front Page, Flying Leathernecks, and Scarface (the 1932 original), eventually owning RKO Pictures. Hughes’ legend came not from focusing on just Hollywood, however, as he simultaneously branched into industry after industry, including aviation in 1932 (including TWA Airlines), and during WWII, defense, leading to the creation of the (infamous) Spruce Goose, a flying boat of immense size. After WWII, Hughes’ expansions continued, with an electronics company that was integral to the evolution of the satellite, and Hughes’ several Las Vegas casinos (though this film may be ending before he moves there). This film will also focus on Hughes’ romances with Hollywood stars like Katharine Hepburn and Ava Gardner.