No620 My The Martian minimal movie poster 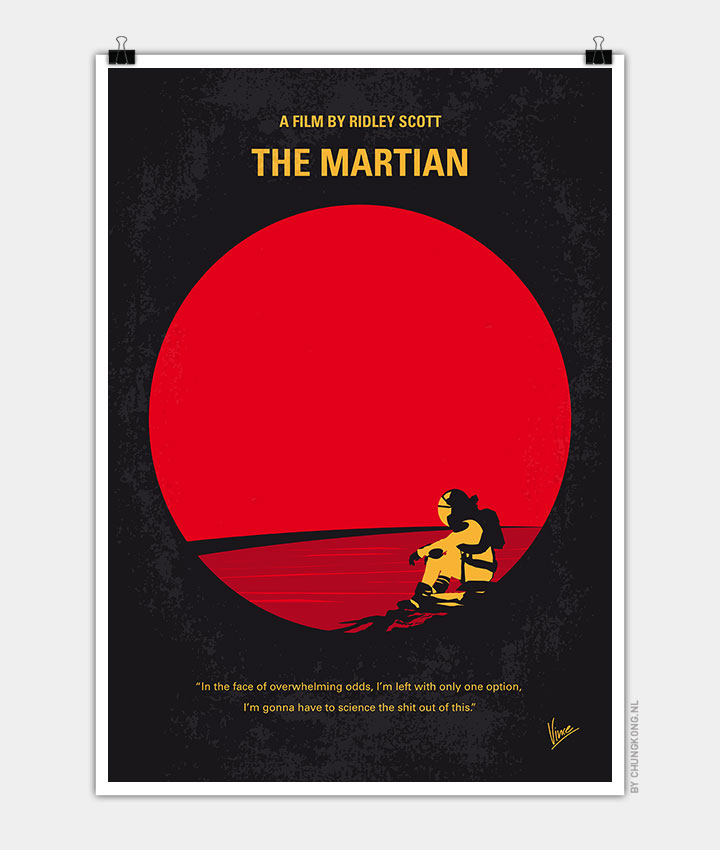 During a manned mission to Mars, Astronaut Mark Watney is presumed dead after a fierce storm and left behind by his crew. But Watney has survived and finds himself stranded and alone on the hostile planet. With only meager supplies, he must draw upon his ingenuity, wit and spirit to subsist and find a way to signal to Earth that he is alive.

Storyline
A team of astronauts are on Mars. When a storm hits the team tries to get off the planet but the line gets cut and Mark Watney is blown away. The sensors detect no life signs so they assume Watney is dead. But in actuality his sensor was damaged. He proceeds to the habitat and sets himself up. He knows that it’ll be at least three years till the next mission arrives and he has no means to communicate and his supplies will only last a year. So he tries to make more. On Earth the Mars Mission Director wants to mount a mission to bring back Watney’s remains so he has the satellites check out the surface of Mars and they discover that Watney is alive. So they have to figure out how to help him. Eventually Watney finds a way to communicate with Earth. And NASA needs to decide whether to tell the crew he’s still alive but they’re on their way back.