No625 My Splash minimal movie poster 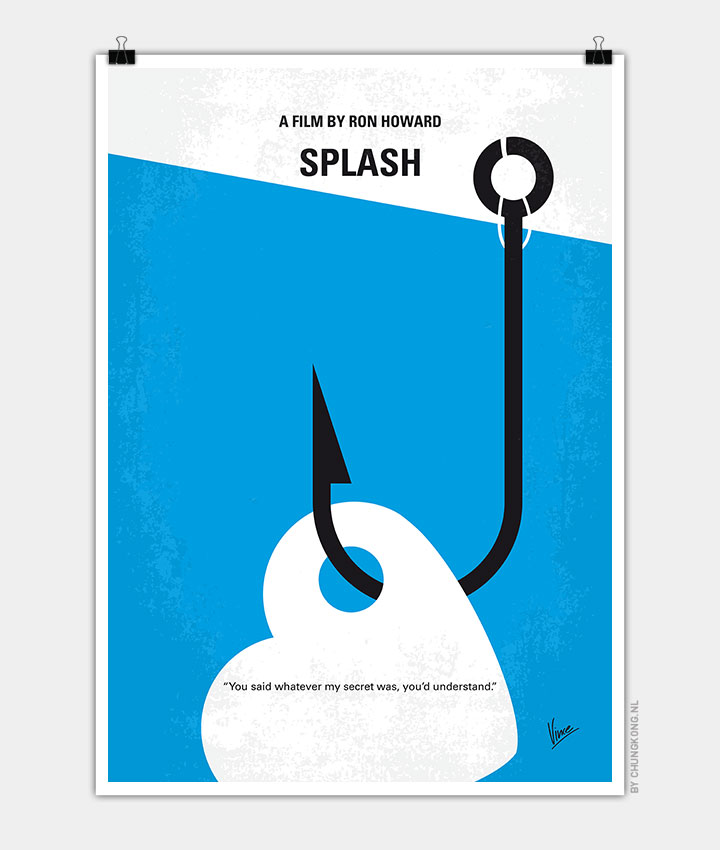 A young man is reunited with a mermaid who saves him from drowning as a boy and falls in love not knowing who/what she is.

Storyline
Allen Bauer is rescued from drowning as a young boy off Cape Cod by a young mermaid. Years later, he returns to the same location, and once again manages to fall into the sea, and is rescued once more by the mermaid (Allen isn’t sure what he has seen and what he has imagined). Using maps from a sunken ship, the mermaid decides to search for Allen in New York City, sprouting legs when her tail dries. On finding Allen, they fall in love, but she has a secret, which will no longer be a secret if she gets her legs wet.