No626 My Videodrome minimal movie poster 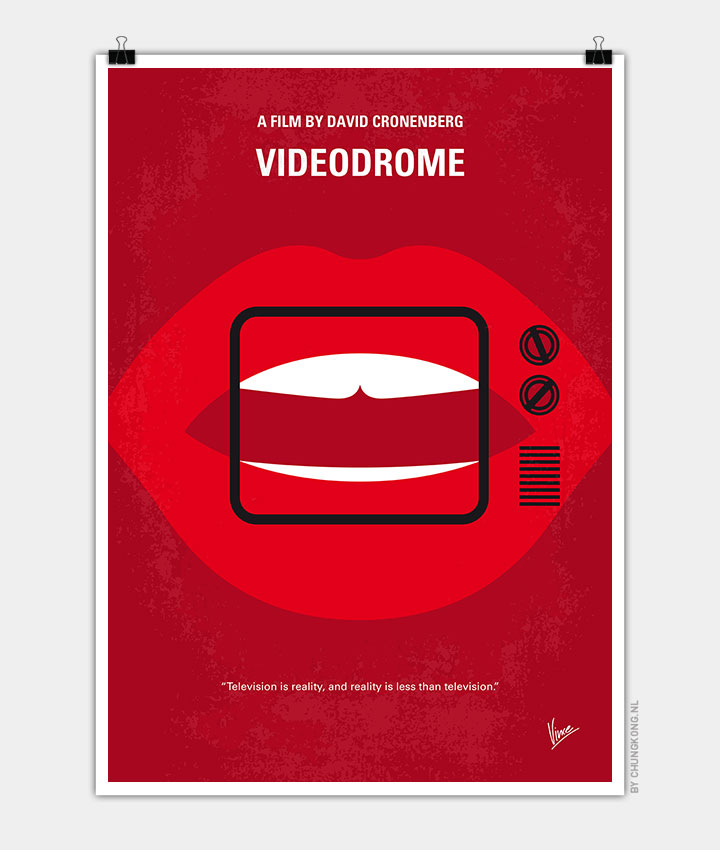 A sleazy cable-TV programmer begins to see his life and the future of media spin out of control in a very unusual fashion when he acquires a new kind of programming for his station.

Storyline
The president of Civic TV Channel 83, Max Renn, is always looking for new cheap and erotic movies for his station. When his employee, Harlan, decodes a pirate video broadcast showing torture, murder, and mutilation called “Videodrome,” Max becomes obsessed to get this series for his channel. He contacts his supplier, Masha, and asks her to find the party responsible for the transmission. A couple of days later, Masha tells that “Videodrome” is real snuff movies. Max’s sado-masochistic girlfriend Nicki Brand decides to travel to Pittsburgh, where the show is based, to audition. Max investigates further, and through a video by the media prophet Brian O’Blivion, he learns that that TV screens are the retina of the mind’s eye, being part of the brain, and “Videodrome” transmissions create a brain tumor in the viewer, changing the reality through video hallucination.