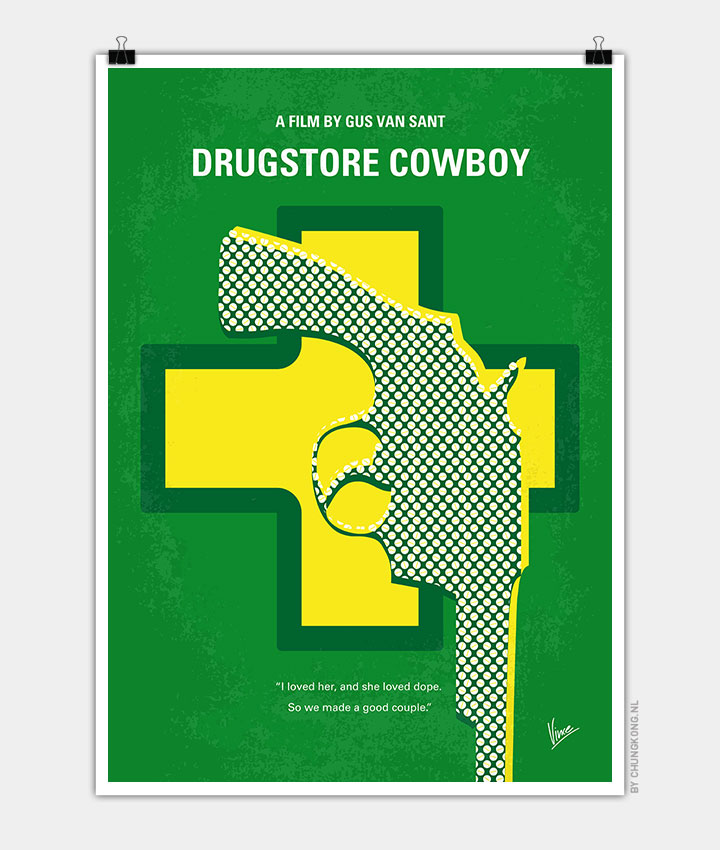 A pharmacy-robbing dope fiend and his crew pop pills and evade the law.

Storyline
Matt Dillon and Kelly Lynch play a heroin-driven Bonnie and Clyde, knocking over drugstores in the Pacific Northwest. Ultimately, they must dispose of the body of one of their crew, sneaking it out from a motel where a sheriffs’ convention is being held.