No636 My Looper minimal movie poster 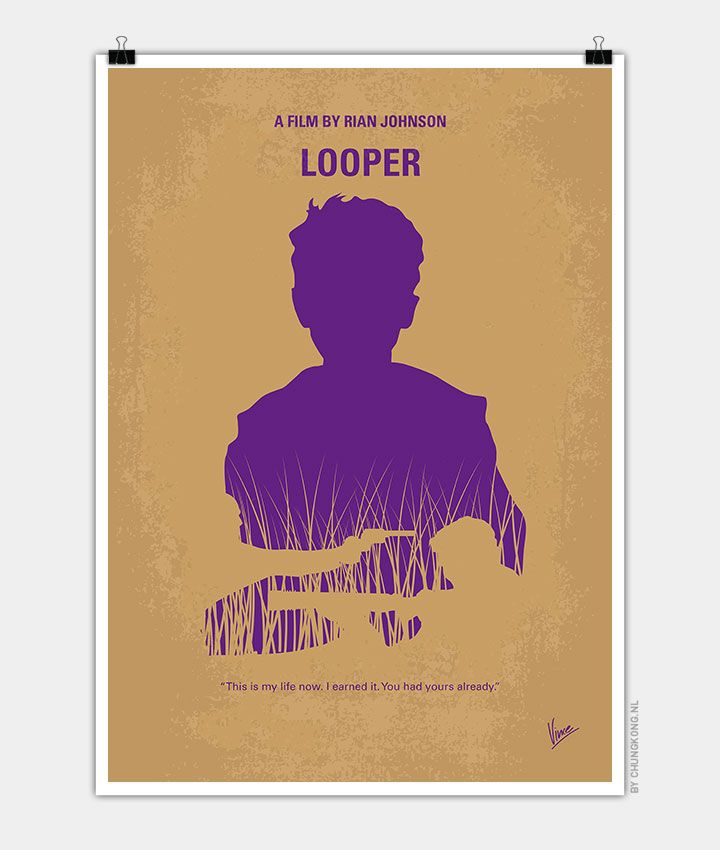 In 2074, when the mob wants to get rid of someone, the target is sent into the past, where a hired gun awaits – someone like Joe – who one day learns the mob wants to ‘close the loop’ by sending back Joe’s future self for assassination.

Storyline
In the year 2044, a man working for a group of killers called “Loopers” (they work for the mob and kill people who are sent blindfolded back in time from the year 2074 by their bosses) recognizes a victim as himself. He hesitates resulting in the escape of his older self.