No637 My I am Still Here minimal movie poster 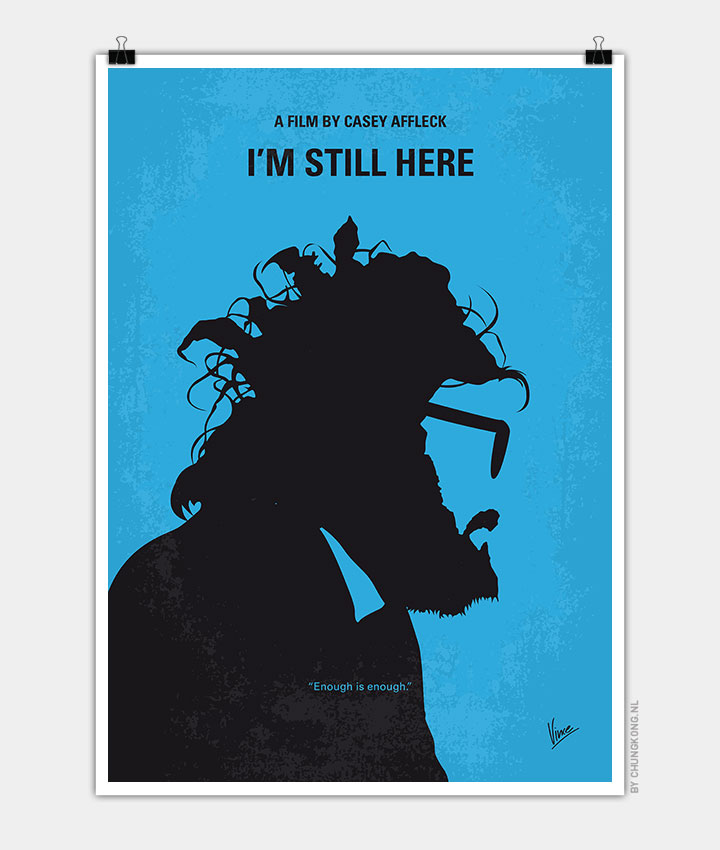 Documenting Joaquin Phoenix’s transition from the acting world to a career as an aspiring rapper.

Storyline
In 2008 while rehearsing for a charity event, actor Joaquin Phoenix, with Casey Affleck’s camera watching, tells people he’s quitting to pursue a career in rap music. Over the next year, we watch the actor write, rehearse, and perform to an audience. He importunes Sean Combs in hopes he’ll produce the record. We see the actor in his home: he parties, smokes, bawls out his two-man entourage, talks philosophy with Affleck, and comments on celebrity.