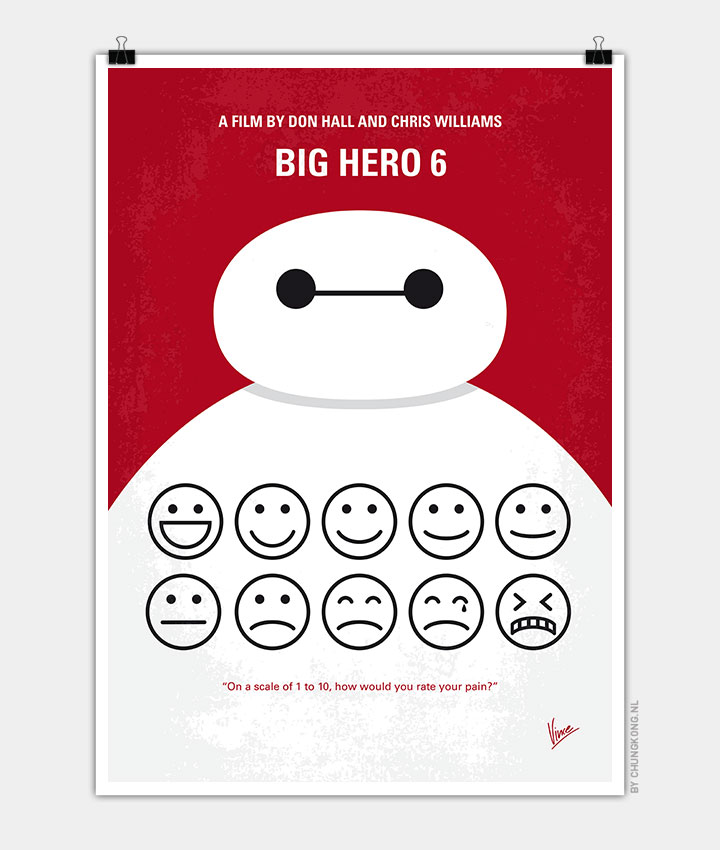 Storyline
In San Fransokyo, the fourteen year-old Hiro Hamada is a little genius that makes money in illegal robots fight. His older boy, the college student Tadashi, saves Hiro from a dangerous gang and brings him to his laboratory in the university to convince him to forget the fights. Tadashi shows his nurse robot Baymax that he is developing to Hiro and introduces his little brother to his friends Go Go Tomago, Wasabi, Honey Lemon and Fred. When Hiro meets his idol Professor Robert Callaghan, he decides to join the university. Hiro needs to invent something to attract the attention of Callaghan and he brings tiny robots called microbots that are useful for many applications to the science fair in the university. The entrepreneur Alastair Krei wants to buy the microbots but Hiro prefers to stay with Callaghan in the university. When Hiro and Tadashi leave the fair, there is a fire and Tadashi returns to the place to rescue Callaghan. However the building blows up and Tadashi dies. Later, Hiro activates Baymax and the robot follows the direction pointed out by the last microbot kept with Hiro. The boy chases Baymax and they come to an abandoned building. Hiro discovers that someone is producing microbots and they are attacked by a masked man the controls the microbots. They succeed to flee and Hiro decides to include armor and another chip in Baymax to make him a master in fights. They track the masked man down to the harbor but Go Go Tomago, Wasabi, Honey Lemon and Fred arrive summoned by Baymax. The masked man attacks the group and they team-up forming the Big Hero 6, using armors and their skills, to capture the masked man that they believe is Alastair Krei. But they have a huge surprise.