No651 My The Day After Tomorrow minimal movie poster 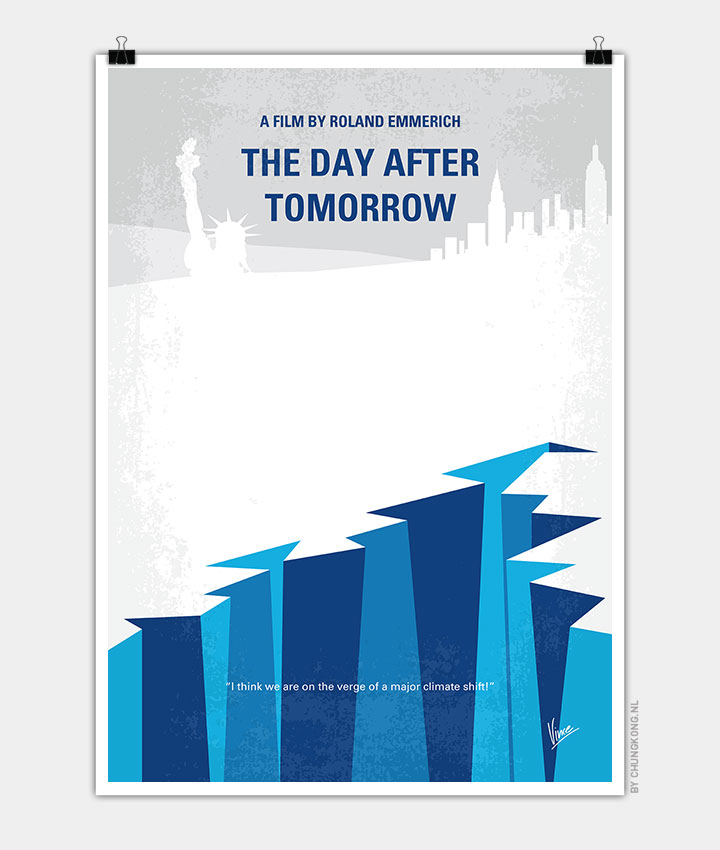 Jack Hall, paleoclimatologist, must make a daring trek across America to reach his son, trapped in the cross-hairs of a sudden international storm which plunges the planet into a new Ice Age.
Director: Roland Emmerich
Stars: Dennis Quaid, Jake Gyllenhaal, Emmy Rossum

Storyline
Jack Hall, a scientist who studies the planet’s weather patterns, thinks that because of global warming, a new Ice Age is imminent. He tries to air his suspicions at a conference which the Vice President also attends. Since Hall’s rants means that certain industries, who are supporters of the administration, could be in trouble, he shoots Hall down, But another scientist thinks Hall might have something so they talk. The man who works at weather monitoring station sees that the planet’s climate is rising calls Hall who is surprised and tries to inform the government but the Vice President again doesn’t believe him. But when things get worse, Hall advises the President to move everyone from the Southern part of the continent further South till the weather improves. While everyone in the North should do their best to survive the cold. Hall then learns that his son is in New York so he tells his son to stay inside till Hall can get to him but the weather gets worse can Hall make it.