No653 My Jumanji minimal movie poster 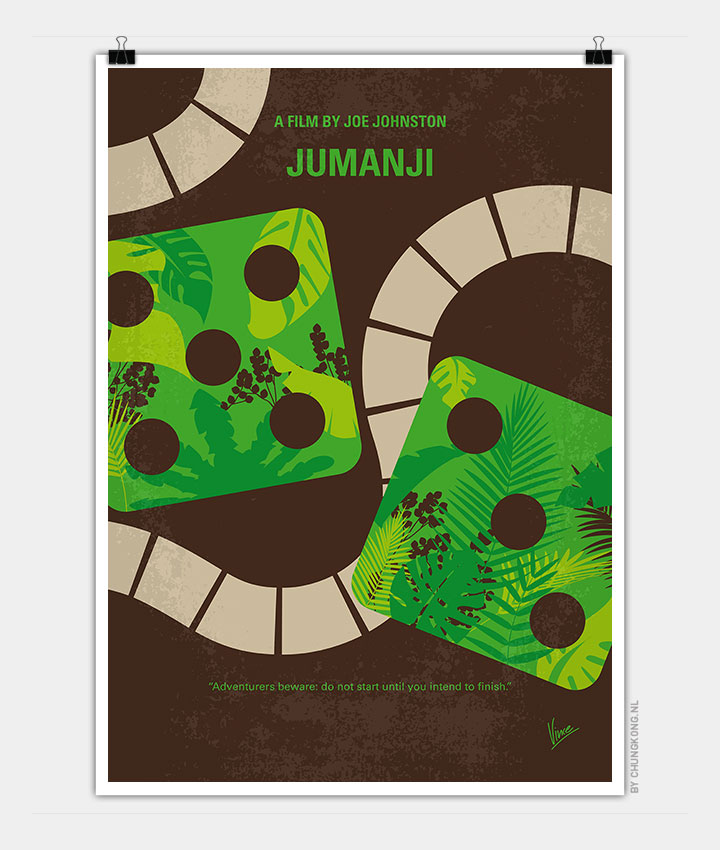 When two kids find and play a magical board game, they release a man trapped for decades in it and a host of dangers that can only be stopped by finishing the game.

Storyline
When young Alan Parrish discovers a mysterious board game, he doesn’t realize its unimaginable powers until he is magically transported–before the startled eyes of his friend Sarah–into the untamed jungles of Jumanji! There he remains for 26 years until he is freed from the game’s spell by two unsuspecting children. Now a grown man, Alan reunites with Sarah and, together with Judy and Peter, tries to outwit the game’s powerful forces.