No654 My Dude Wheres My Car minimal movie poster 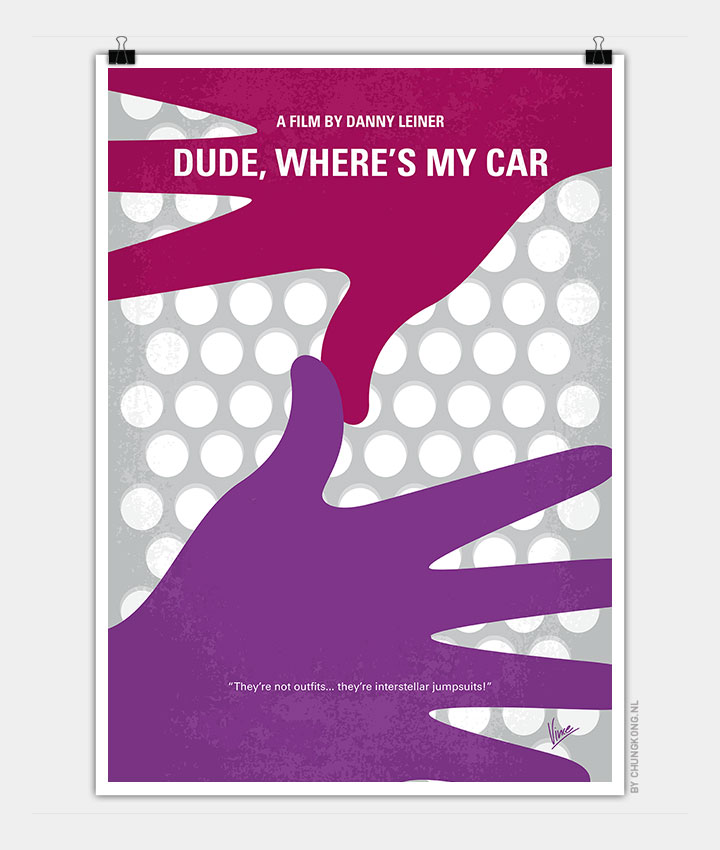 Two potheads wake up after a night of partying and cannot remember where they parked their car.

Storyline
Jesse and Chester, two bumbling stoners, wake up one morning from a night of partying and cannot remember where they parked their car which prompts them on a journey to find it and along the way, they encounter a variety of people who include their angry girlfriends Wilma and Wanda whose house they trashed, an angry street gang, a transexual stripper hounding them for a suitcase full of stolen money, a cult of alien seeking fanatics, and a group of aliens in human form looking for a mystical device that could save or destroy the world.