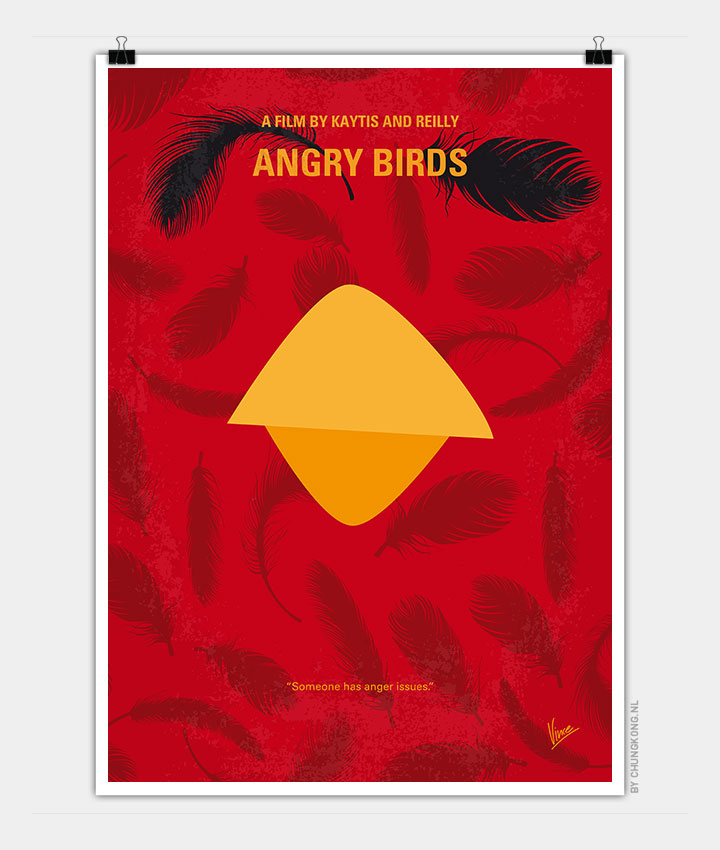 Find out why the birds are so angry. When an island populated by happy, flightless birds is visited by mysterious green piggies, it’s up to three unlikely outcasts – Red, Chuck and Bomb – to figure out what the pigs are up to.

Storyline
In Bird Island, an island inhabited by flightless birds, Red works as a cake-delivery clown and is sentenced to anger management classes after his temper causes a “premature hatching” of a customer’s egg. He lives alone by the seaside, reclusive and ostracized because of his orphan status and bushy eyebrows. One day, in the middle of a class taught by Matilda and attended by fellow students Charles “Chuck”, Bomb, and Terrence, a boat docks at the island’s shore. It carries green-colored pigs, who claim to be peaceful explorers bringing offerings of friendship, and are accepted on the island. They introduce the awe-struck birds to innovative technologies such as slingshots and helium balloons.

More pigs arrive and seemingly adjust to society, but Red becomes suspicious of their motives, as they slowly overwhelm the island. He recruits Chuck and Bomb to help him find Mighty Eagle, a giant bald eagle said to be the protector of the island, and the only bird that can fly. They manage to find him on top of Bird Mountain. However, they discover that Mighty Eagle can barely fly, is self-absorbed, overweight, and largely in retirement. Looking through the Mighty Eagle’s binoculars, Red’s group discover that the pigs are planting explosives around the island, having distracted the birds with a rave party. They realize that the pigs plan to steal the birds’ eggs for food. Red and Bomb attempt to retrieve the eggs, while Chuck attempts to warn the rest of the birds, but the pigs escape and their explosives destroy the village. When the birds realize what happened, Red rallies them to let their anger loose and take back their eggs.

The birds construct a boat and sail to Piggy Island, where they find the pigs living in a walled city. Deducing the eggs are most likely in the central castle of the city, the birds attack the pigs by firing themselves into the pig village using a giant slingshot gifted to them by the pigs, which is later accidentally broken by Terence. Red, Chuck, and Bomb make it to the castle and find the eggs in a boiler room, where the pigs plan to cook and eat them. Mighty Eagle arrives, having had a change of heart, and carries the eggs out. As the birds escape, an egg falls out and rolls back into the castle. Red returns to the castle, retrieves the egg, and survives Piggy Island’s destruction caused by the pigs’ reserve of explosives.

Red survives and saves three, blue newborn birds that hatched from the egg after the explosion. Red is then declared a hero and given a new home. He, Chuck, and Bomb are approached by Mighty Eagle, who claims that he wasn’t lazy but rather deliberately made the birds lose faith in him so they could find faith in themselves.

In a mid-credits sequence, it is revealed that some of the pigs have survived Piggy Island’s destruction, while Leonard is “hatching” a new plan to steal the eggs.

In a second mid-credits scene, the three blue birds rescued by Red use the rebuilt slingshot to launch themselves out to sea.