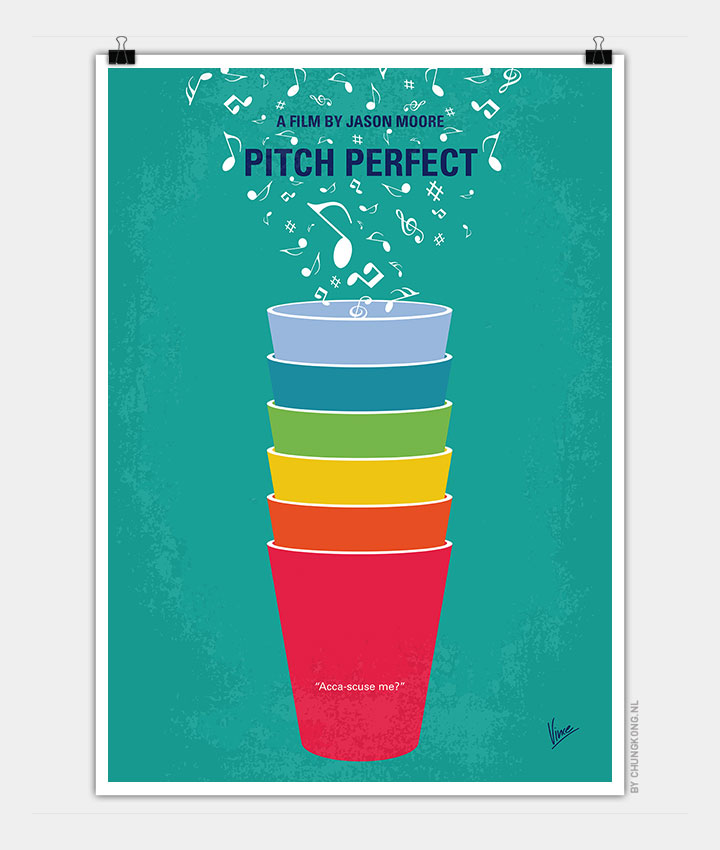 Beca, a freshman at Barden University, is cajoled into joining The Bellas, her school’s all-girls singing group. Injecting some much needed energy into their repertoire, The Bellas take on their male rivals in a campus competition.

Storyline
Barden College sports four different a cappella singing groups, the all-male Treblemakers and the all-female Bellas, who are the most antagonistic toward each other of the four, making it into the national finals of the International Championship of Collegiate A Cappella (ICCAC), held annually at Lincoln Center in New York City. The Bellas are the first all-female group to make the finals, but what strides they make forward for all women singing take two major steps backward at the finals with tired, uninspired arrangements solely of twentieth century girl songs, and an unfortunate incident by their controlling lead, Aubrey Posen, whose choice of singers has to be clones of her pretty self. As such, Aubrey and co-lead Chloe Beale have to rebuild the group from scratch for the upcoming season, which will be difficult due to the notoriety from the incident at the finals. Meanwhile, Beca Mitchell is a reluctant freshman at Barden, her Barden professor father paying for her tuition for one year just so that she can be exposed to college life. Her reluctance is that she is a loner, she preferring to work on her music mixes in solitude in her want to be a Los Angeles DJ or music producer. Although she is made aware of the Bellas in her wanderings around campus, Beca has no intention of auditioning, until she meets Chloe, who encourages her to do so. Beca is accepted with a more diverse group than has ever been the Bellas, but Beca and Aubrey end up clashing over Aubrey’s direction for the group, which she mistakenly believes is the winning direction. One of Aubrey’s other zero tolerance policies is no sex with any Treblemaker. Although Beca has no intention of breaking that policy, she does admit that one of the few people on campus she has befriended beyond the other women in the Bellas is fellow music lover and singer Jesse Swanson, an aspiring film score composer and a freshman Treblemaker. Beca will have to decide how far to break out of her shell and stay true to her own musical leanings, which if she does so means taking on Aubrey for some control of the group. What Beca decides may also affect what happens in her friendship with Jesse.