No661 My The Devil Wears Prada minimal movie poster 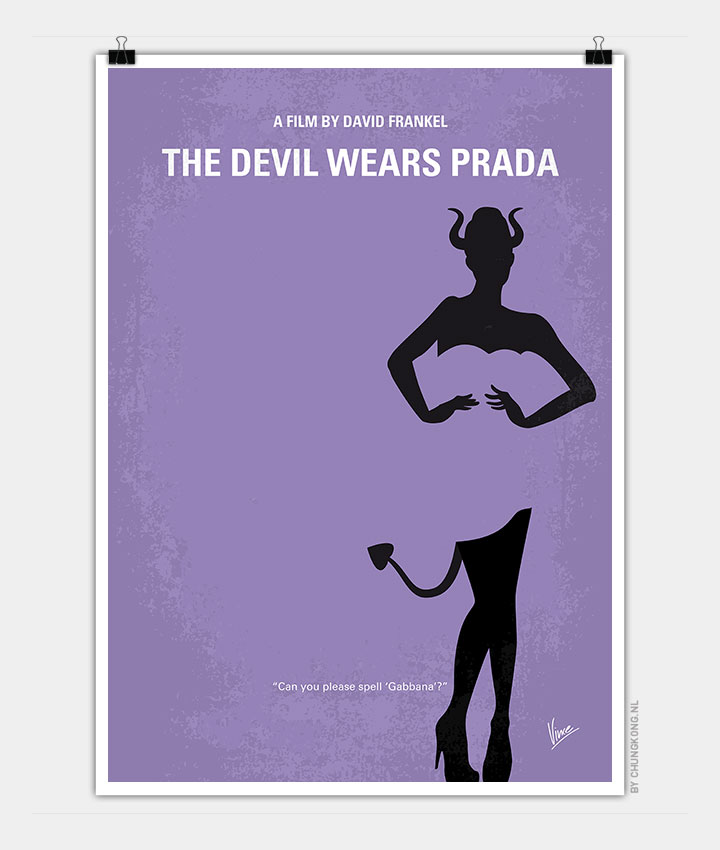 A smart but sensible new graduate lands a job as an assistant to Miranda Priestly, the demanding editor-in-chief of a high fashion magazine.

Storyline
Miranda Priestley of “Runway” magazine tears up the landscape as a demanding fashion editor. She is a terror to everyone around her, as quickly depicted in the opening scenes of the movie. Her first assistant strives to please her and tries to emulate her, but one can sense that Miranda is not quite as hard as she tries to put on. Into this mix comes Andrea, a young woman who knows nothing of the fashion industry, has never read the magazine, and doesn’t know who Miranda Priestley is. She sees this as only a stepping stone to another journalism position. Although Andrea shows no fashion sense and is immediately scorned by everyone, Miranda nonetheless hires her as the second assistant. When Miranda demands that she obtain the next unpublished Harry Potter manuscript, you can sense that she is trying to force her to quit, but it makes the young woman dig in to please her boss. With the help of one of the magazine’s fashion editors, she gets a complete makeover and a new security. However, with her new appearance and the demands placed on her, she starts to lose her friends, family and her live-in boy friend. As she is whisked away to Paris with Miranda and faces all the glamor that could be hers, including a flashy although artificial freelance journalist, she is forced to make a decision about where she wants to be in her life.