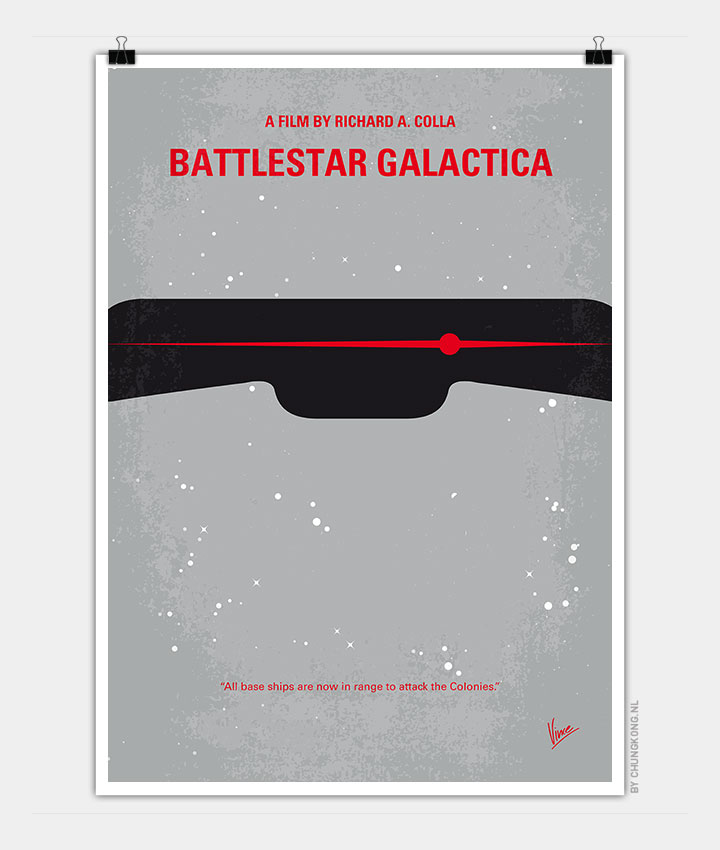 After the destruction of the Twelve Colonies of Mankind, the last major fighter carrier leads a makeshift fugitive fleet in a desperate search for the legendary planet Earth.

Storyline
After 1,000 years of war, the humans from the Twelve Colonies are near to celebrate an armistice with the evil Cylon Empire. Out of the blue, the Cylons betray the pact and destroy the Colonies and their entire fleet, except the Battlestar Galactica. Commander Adama summons the few survivors from all the Colonies to follow him on a journey to find the mythical planet Earth. However, they are short of water, supplies and fuel and they head to the planet Carillon to replenish the fleet and get the supplies. Adama’s son, the warrior Captain Apollo, and his partners Lieutenants Starbuck and Boomer destroy the mines left by the Cylons and they reach the planet. They are welcomed by the inhabitants and find the paradise. Meanwhile, the self-serving human leader Sire Uri wants to destroy their arms and live in the Cylon Empire despite the contempt of Adama. Sire Uri decides to give medals to Apollo, Starbuck and Boomer for their bravery on Carillon and invites the warriors to come to the party. However, Adama believes that it is a trap for the Galactica. What can he do?