No665 My The Towering Inferno minimal movie poster 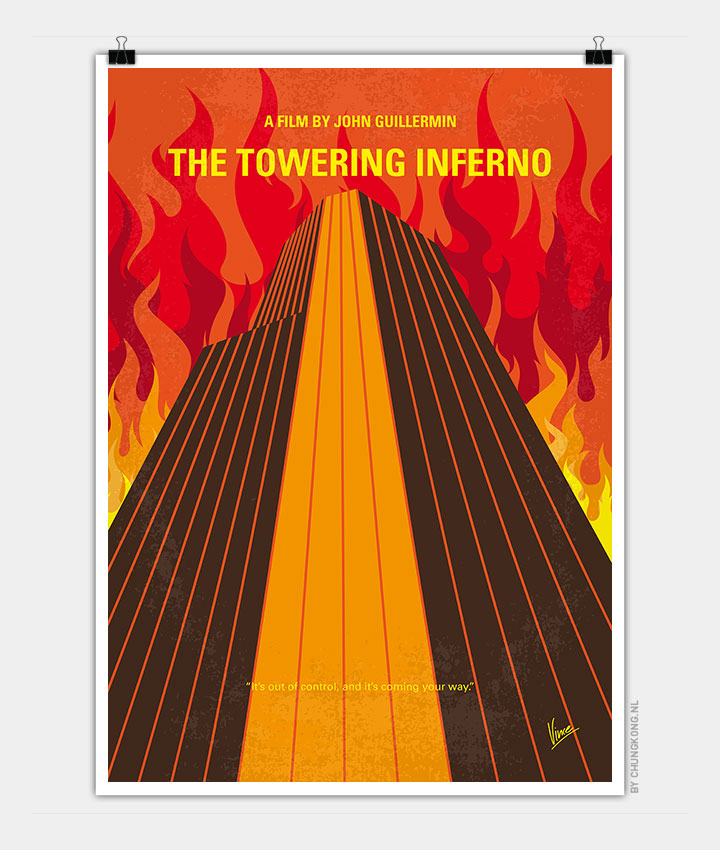 At the opening party of a colossal, but poorly constructed, office building, a massive fire breaks out that threatens to destroy the tower and everyone in it.

Storyline
“The Towering Inferno,” one in a string of disaster movies of the 1970s, was promoted as a tribute to firefighters and their heroic work. It was also among the highest-grossing box office draws of the mid-1970s. The finishing touches have just been made to the Glass Tower, a 138-story skyscraper in the heart of San Francisco. A huge celebratory gala, complete with VIP guests, has been planned to celebrate the dedication of what has been promoted as the world’s tallest building. But the building’s architect, Doug Roberts, suspects all is not right with the building. The contractors have used shoddy wiring, not the heavy-duty wiring he had specified. The overworked wiring develops short circuits, coincidentally enough during the height of the celebratory extravaganza; it isn’t long before the Glass Tower becomes a huge towering inferno. The nearly 300 guests become trapped on the building’s 135th floor, where the party takes place. Fire Chief Michael O’Hallorhan immediately devises a daring plan to rescue the trapped guests, but his efforts quickly become a battle against time and the panicked guests.