No670 My The Girl Next Door minimal movie poster 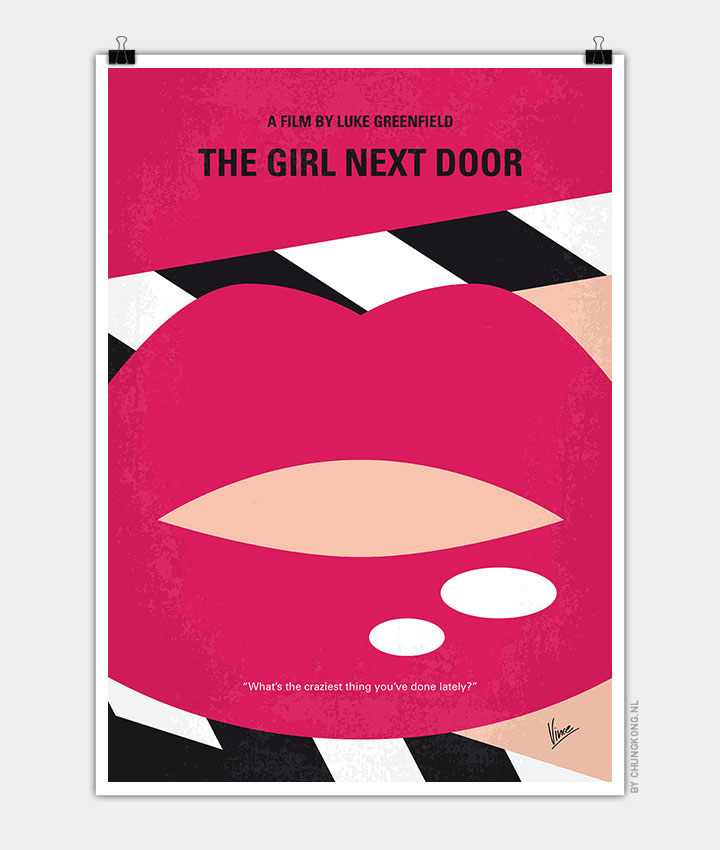 Storyline
The Girl Next Door is a story of an intelligent and very ambitious High School Senior who has never experienced any type of personal exciting or thrilling event. His life, up to this point, has been preparing for his future of attending Georgetown University and eventually following his dream of becoming president. Although he is happy for being accepted to the school of his dreams, he feels unfulfilled and longs to do or achieve something outrageous as he sees his fellow students doing. This all changes when the girl of his dreams moves in next door. At first sight of her, he is astounded by her beauty and style. They then meet under humorous circumstances when he is seen by her, watching her through his bedroom window. She possesses the ability to make him take risks and do the things that he never believed that he could allow himself to do. Slowly they begin to “see” each other and fall in love. This again changes when he discovers that her former profession, which she avoids mentioning, lies in the adult film industry. More conflicts arise when she is persuaded, by her prior producer, to return to “the business.”