No676 My The Punisher minimal movie poster 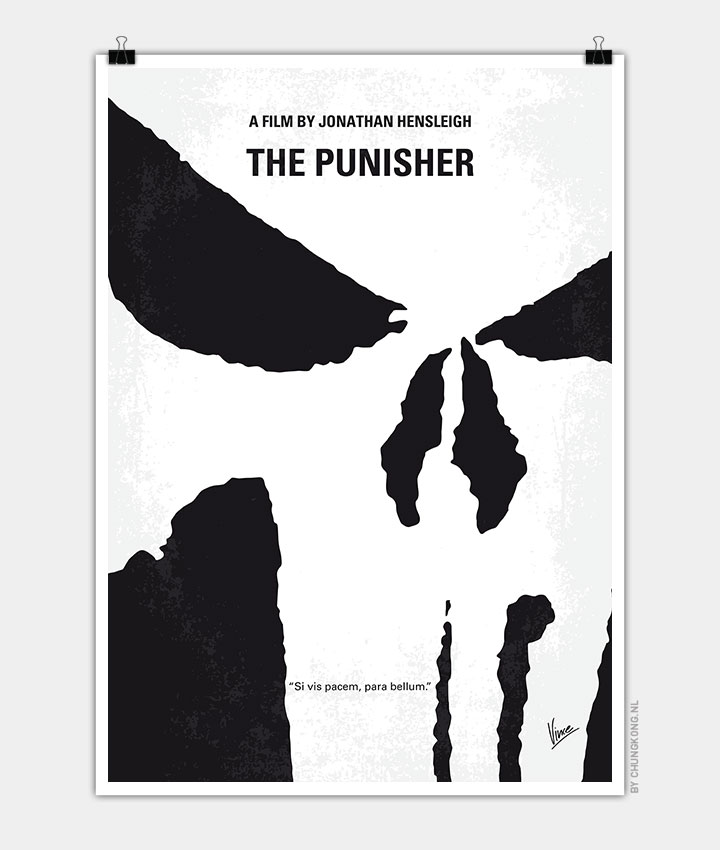 An undercover FBI agent becomes a vigilante assassin and sets out to unleash his wrath upon the corrupt businessman who slaughtered his entire family at a reunion.

Storyline
Frank Castle is a man who has seen too much death. On his final assignment, Castle plays his undercover role perfectly, but the operation spins out of control and a young man, Bobby Saint, is inadvertently killed. Inflamed by the death of their son, the Saints are willing to risk their newfound legitimacy on a wholesale mission of blood-vengeance. Castle’s worst nightmare is about to come true, as Howard Saint and his lieutenants unleash hell at the Castle family reunion. But Castle, to his everlasting torment, survives. Until this moment, he has spent his entire life adhering strictly to the law. However, experience has taught him that the law cannot adequately penalize the people who murdered his family. Drawing upon all he has learned in twenty years, Castle sets in motion a plan to punish the murderers.