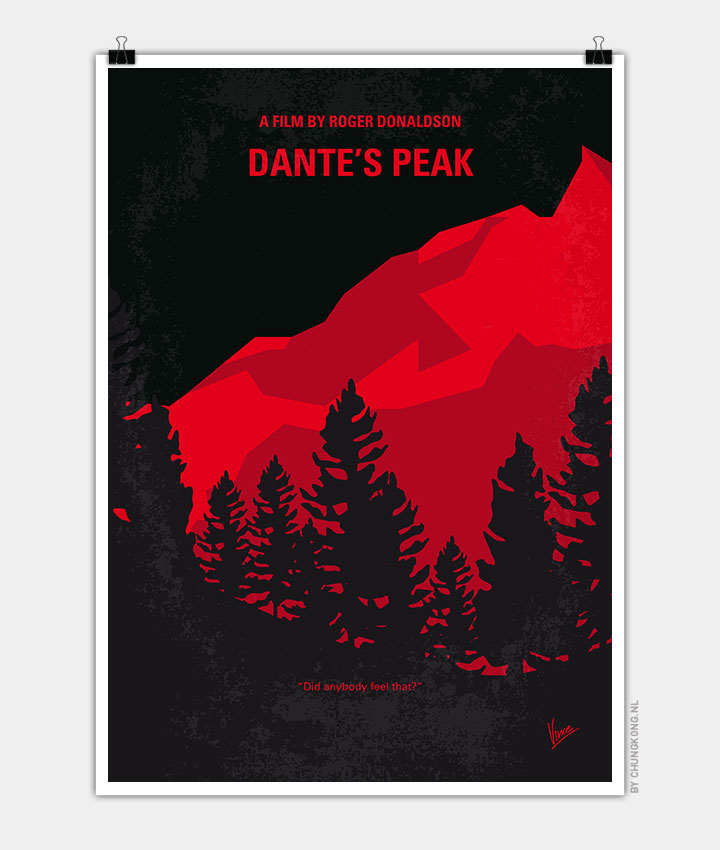 A vulcanologist arrives at a countryside town recently named the second most desirable place to live in America and discovers that the long dormant volcano, Dante’s Peak, may wake up at any moment.
Director: Roger Donaldson
Stars: Pierce Brosnan, Linda Hamilton, Jamie Renée Smith

Storyline
Harry Dalton (Pierce Brosnan) is one of the most experienced geologists in the United States Geological Survey (USGS), and a 4 years bachelor after he lost his girlfriend, Marianne (Walker Brandt) to a volcanic eruption in Columbia. He receives a call from his boss, Paul Dryfus (Charles Hallahan) to check on unusual activity of a dormant volcano in the Cascades called Dante’s Peak. While the town of the same name is celebrating their accomplishment to be number 2 on the most wanted place to live in the country, he meets Rachael Wando (Linda Hamilton), the town mayor and owner of a food and drinks’ store. While Harry is checking on Dante’s Peak he notices trees, animals and even people had died recently near the volcano, and he wants to put the city council on alert, but people are putting economical interests first and security second. Even Dryfus would not listen to Harry, invoking lack of real scientific evidence while actually being afraid of causing huge financial losses for the investors, and countermands Harry’s alert. For a week, the volcano was not overly active, but then the activity began to increase. Just as the city council was put on alert, Dante’s Peak erupts. Harry and Rachael must traverse through ash that falls like rain, lava, acid lakes and a pyroclastic cloud to escape from the volcano, and save Rachael’s mother and her two children. Who will survive when day becomes night, air turns to fire, and solid ground melts beneath white-hot lava?