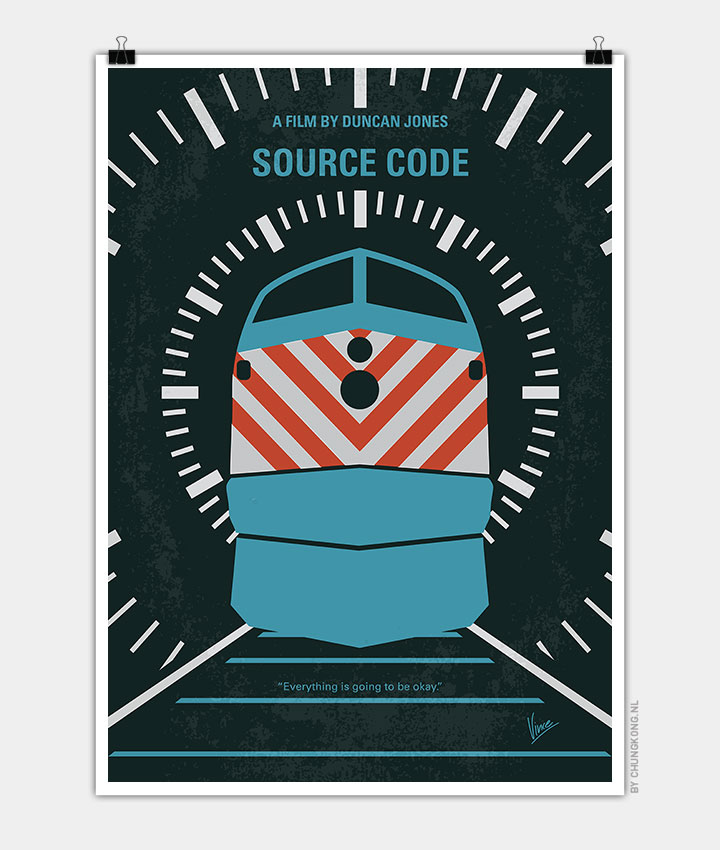 A soldier wakes up in someone else’s body and discovers he’s part of an experimental government program to find the bomber of a commuter train. A mission he has only 8 minutes to complete.
Director: Duncan Jones
Stars: Jake Gyllenhaal, Michelle Monaghan, Vera Farmiga

Storyline
A man, believing that he is Captain Colter Stevens, awakens at 07:40 on a commuter train bound for Chicago, feeling agitated as he has no idea how he got there since he believes he should be in Afghanistan in his job as a military helicopter pilot. What’s more, he is sitting across from a woman who knows him as teacher Sean Fentress. Looking in a mirror and checking his wallet for ID, he sees that he has indeed assumed Fentress’ body. Exactly eight minutes after he woke up and just as the train enters Chicago, a massive bomb explodes on the train killing everyone aboard. Next he knows, he is again Captain Colter Stevens, is strapped into a chair in a capsule, and is communicating via video link to Captain Goodwin, who reminds him that he is working on an experimental project, code named Beleaguered Castle. His current mission is to find the bomb aboard the train so that he can discover the identity of the bomber. He will be sent back to the time he awoke as Sean Fentress again and again only for those eight minutes, each time gathering more information until he discovers the bomber’s identity. As he reluctantly works on this mission – reluctant in that he still believes he should be in Afghanistan – he tries to find out the underlying reason for the project, since he will learn that all aboard the train have died and will regardless, and why he was chosen for the project. As he finds out more and more, he has his own missions which may be contrary to what Goodwin and the project’s architect, Rutledge, have in mind.