No688 My Tremors minimal movie poster 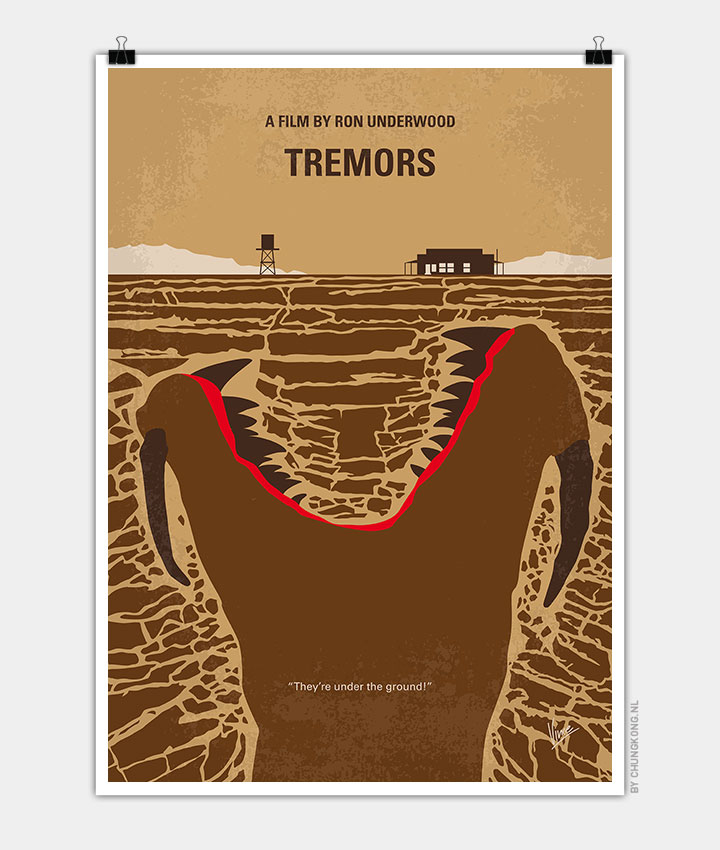 Natives of a small isolated town defend themselves against strange underground creatures which are killing them one by one.

Storyline
Trying to escape their dead-end life in the desert town of Perfection, Nevada, Valentine “Val” McKee and Earl Bassett find themselves sidetracked when corpses mysteriously start piling up around them. When Val and Earl have a run-in with some creepy tentacled creatures that have made lunch out of a road crew, they retreat back to the town to spread the news. Although these monsters are not exactly intellectuals, their mental powers are still mind-boggling. Detecting a human hiding in a car, they dig under the vehicle, causing it to sink into the earth. Val and Earl get help from several townspeople. With the help of Rhonda, Val and Earl kill one of the monsters. But there are three of them left, and they are each about 30 feet long. Walter starts calling the monsters graboids. When the survivors think they have outwitted the graboids by taking refuge atop the roofs of buildings, the graboids merely destroy the buildings’ foundations, killing two people. The graboids are quick learners when it comes to stalking their prey, and the humans must continually be on their toes if they are to stay alive while they try to find a way to defeat the graboids.