No689 My The Thomas Crown Affair minimal movie poster 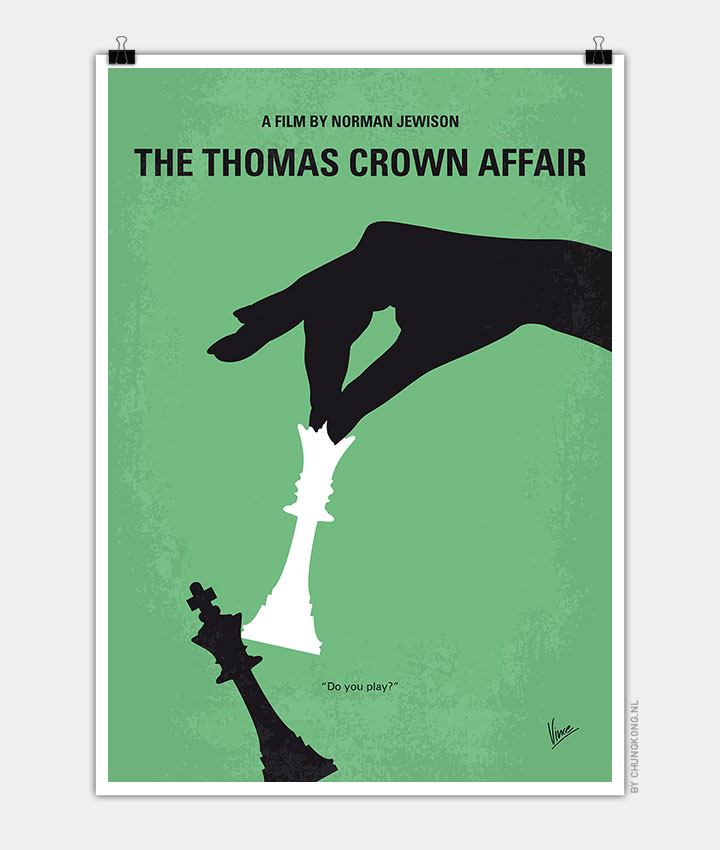 A debonair, adventuresome bank executive believes he has pulled off the perfect multi-million dollar heist, only to match wits with a sexy insurance investigator who will do anything to get her man.

Storyline
An unknown man hires four unrelated men to carry off a bank heist of over $2 million. The four meet for the first time during the actual heist itself, which is carried off successfully. Their unknown leader is suave and wealthy Thomas Crown, an executive at the bank that was hit. Eddy Malone, the Boston police detective in charge of the case, is coming up empty in his investigation, that is until beautiful insurance investigator Vicki Anderson comes on the scene. Anderson, admittedly self-serving in that she works on commission, thinks like a thief and works on her instincts. Looking through the evidence, she believes that Crown is her man. Upon meeting, Anderson knows that Crown is the thief. Crown knows what Anderson believes as she tells him as much. Despite their positions, they are immediately attracted to each other and begin a relationship. But this does not stop their cat and mouse chase. However, the role of the cat and the role of the mouse are not always clear cut.