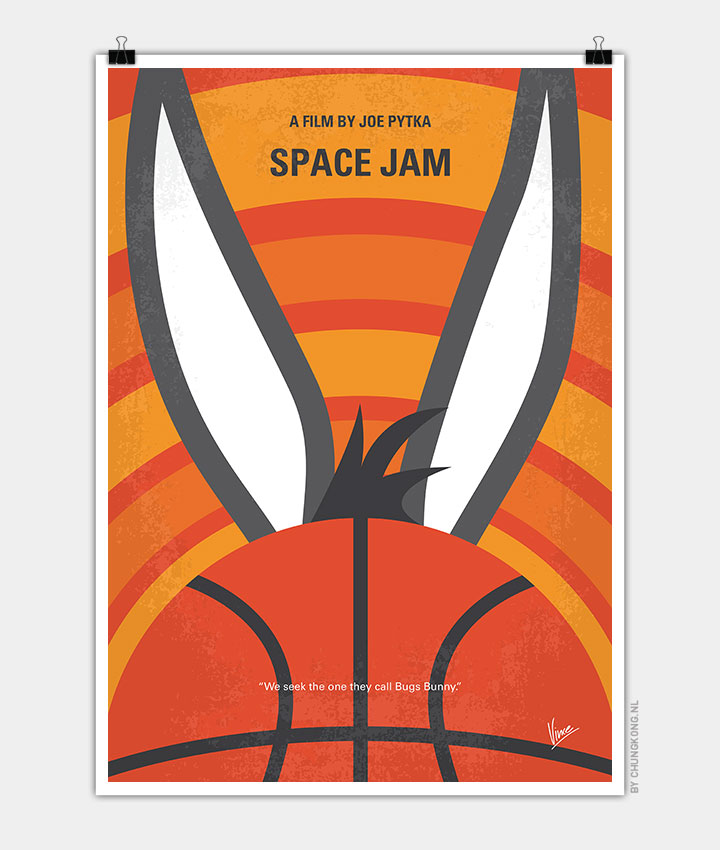 Michael Jordan agrees to help the Looney Tunes play a basketball game vs. alien slavers to determine their freedom.

Storyline
After winning the third championship with the Chicago Bulls, Michael Jordan announces his retirement from basketball and declares his intention to play baseball. Meanwhile, deep in space, on another planet called Moron Mountain an outer space theme park, Mr. Swackhammer sends five tiny aliens known as the Nerdlucks to go to Looney Tune Land and capture all the Looney Tune characters and take them to Moron Mountain. But the Looney Tunes thinks of a plan to find a way to escape slavery on Moron Mountain. And Bugs Bunny decided to defend themselves by challenging the Nerdlucks to a basketball game. Then the Nerdlucks uses their strange powers to steal the talent of five NBA stars such as Charles Barkley, Patrick Ewing, Muggsy Bogues, Larry Johnson, and Shawn Bradley which they’ll ultimately transform themselves into the tallest and muscular Monstars. It’s up to Michael Jordan to help the Looney Tunes play a basketball game vs. the Monstars. But if the Monstars win, then Swackhammer gets the Looney Tunes, and along with Jordan to Moron Mountain!