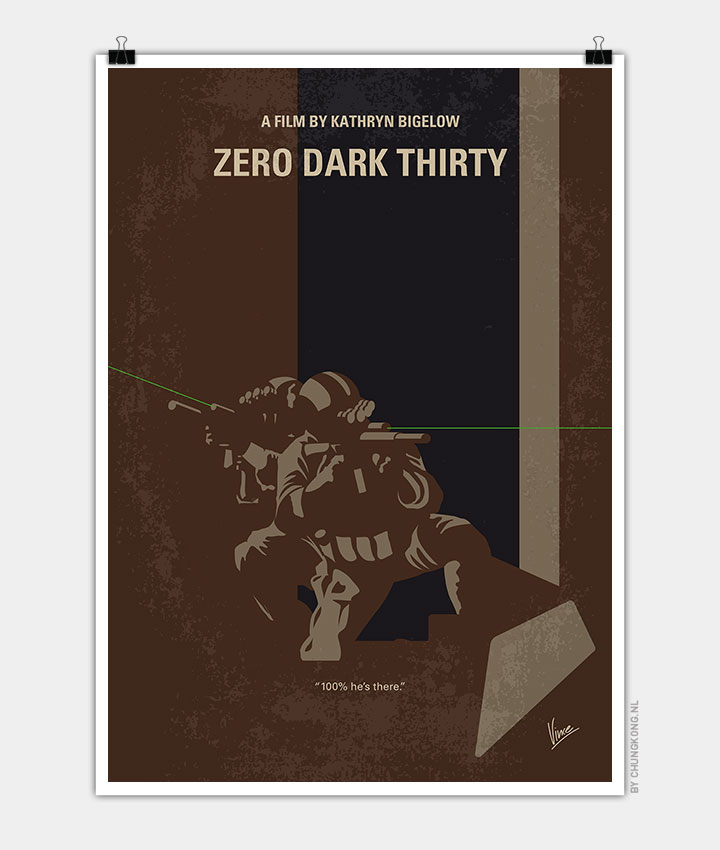 A chronicle of the decade-long hunt for al-Qaeda terrorist leader Osama bin Laden after the September 2001 attacks, and his death at the hands of the Navy S.E.A.L.s Team 6 in May 2011.

Storyline
Recruited by the Central Intelligence Agency (CIA) in 1999 immediately following her high school graduation, Maya, who has been solely working on the Al Qaeda file, gets her first field assignment in 2003 in Pakistan as an analyst working with an interrogation team. This assignment is more important now than when she was hired if only because of 9/11 and the knowledge that Al Qaeda was responsible. The main assignment of the team is to neutralize Al Qaeda, with the capture and killing of Osama bin Laden being gravy if were to happen. Because of her age and inexperience, Maya is ill-prepared for the emotional toll of the job, especially the torturous interrogation techniques used, which she does witness. As Maya’s involvement in the file progresses, things change. What is considered acceptable interrogation techniques change, where past “torture” may now be prosecuted. But Maya also changes where her focus becomes singularly on bin Laden, and where anything goes, including those torturous interrogation techniques, in bringing him down. This focus leads to her butting heads with anyone in a position of authority above her that may not agree with her assessment of a situation, with the argument of what is considered acceptable risk or probability in the ultimate prize of bringing down bin Laden always placed on the table.