No693 My Blow minimal movie poster 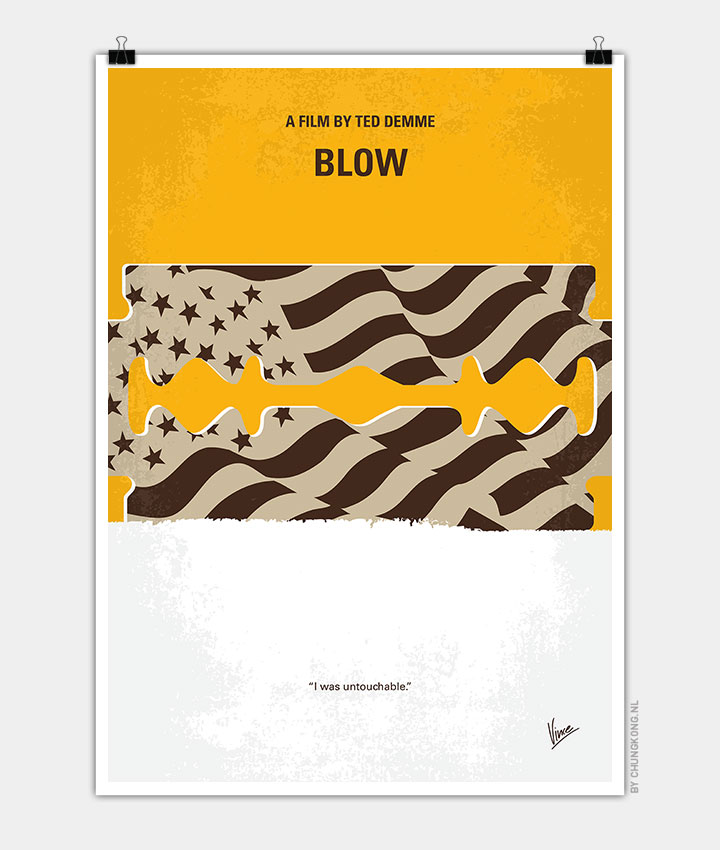 The story of George Jung, the man who established the American cocaine market in the 1970s.

Storyline
George Jung is the son of a struggling small business owner. Seeing his family struggle to make ends meet and failing, George vows never to share a similar fate. Moving to California, he starts his own pot pushing operation in which he finds both success and imprisonment. In prison, he meets a cell-mate who introduces him into a partnership to the lucrative new market in cocaine. Upon release, George Jung quickly becomes instrumental in establishing the exploding US market for cocaine in which he claimed that he handled about 85% of the supply in the 1970s. However, for all the fabulous wealth and power he gained, the true costs of his dangerously treacherous occupation catch up with him in ways from which he would never recover.