No695 My Armageddon minimal movie poster 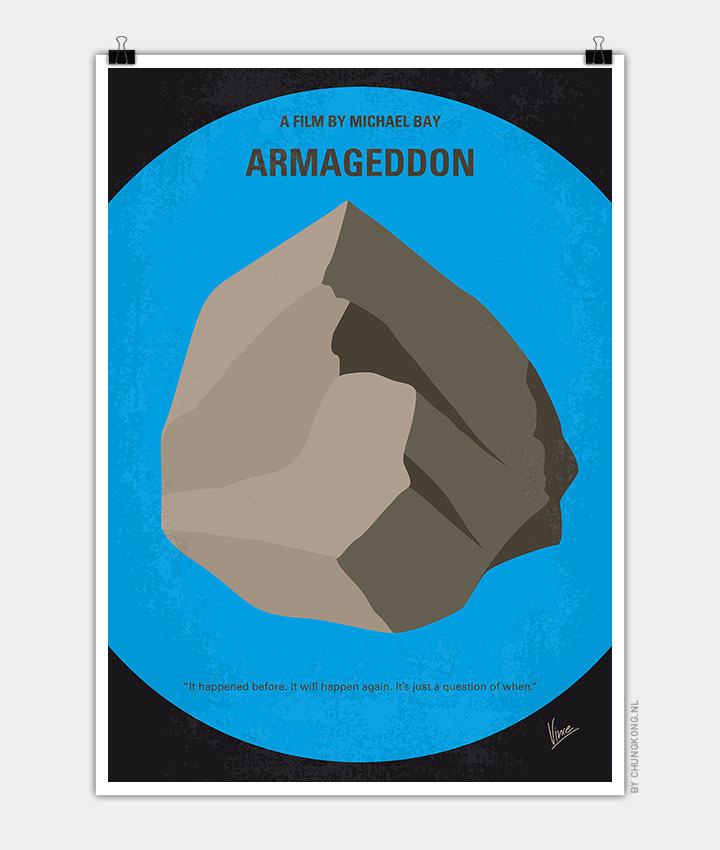 After discovering that an asteroid the size of Texas is going to impact Earth in less than a month, N.A.S.A. recruits a misfit team of deep core drillers to save the planet.

Storyline
It is just another day at the National Aeronautics and Space Administration (NASA), a few astronauts were repairing a satellite until, out of nowhere, a series of asteroids came crashing into the shuttle, destroying it. These asteroids also decimated New York soon thereafter. Then, NASA discovered that there is an asteroid roughly the size of Texas heading towards the Earth, and when it does hit the Earth, the planet itself and all of its inhabitants will be obliterated, worse, the asteroid will hit the Earth in 18 days. Unfortunately, NASA’s plans to destroy the asteroid are irrelevant. That is when the U.S. military decides to use a nuclear warhead to blow the asteroid to pieces. Then, scientists decide to blow the asteroid with the warhead inside the asteroid itself. The only man to do it, is an oil driller named Harry Stamper and his group of misfit drillers and geologists. As he and his drill team prepare for space excavation, the asteroid is still heading towards the Earth. When the crew are launched into outer space, they are determined to destroy this asteroid.