No703 My pixels minimal movie poster 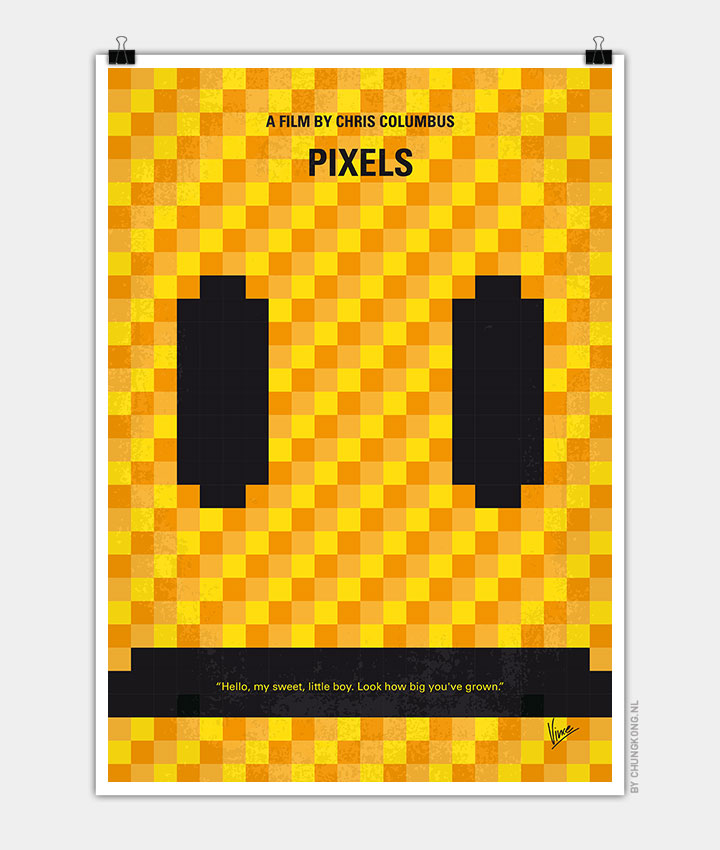 When aliens misinterpret video feeds of classic arcade games as a declaration of war, they attack the Earth in the form of the video games.

Storyline
In 1982, the boy Sam Brenner disputes the video game arcade championship and loses the title to Eddie “The Fire Blaster” Plant playing Donkey Kong. This defeat affects his life and in the present days, Brenner is an installer of audio and video systems. His best friend Will Cooper is the President of the United States. Brenner is installing a system at the house of Violet Van Patten, who has just divorced, for her son Matty. Out of the blue, he is summoned to the White House and he finds that Violet is a military that works there. Soon he learns that an American base was attacked by aliens. When he meets his friend Ludlow “The Wonder Kid” Lamansoff, he discovers that the aliens have found a time capsule sent by the US Government to the space with a videocassette of videogame and understood that it was a declaration of war. The aliens broadcast a challenge to Earth to play and win a videogame against them; otherwise Earth will be destroyed. Now the last hope on Earth is Brenner, Cooper, Ludlow, Violet and Eddie.