No710 My The Adjustment Bureau minimal movie poster 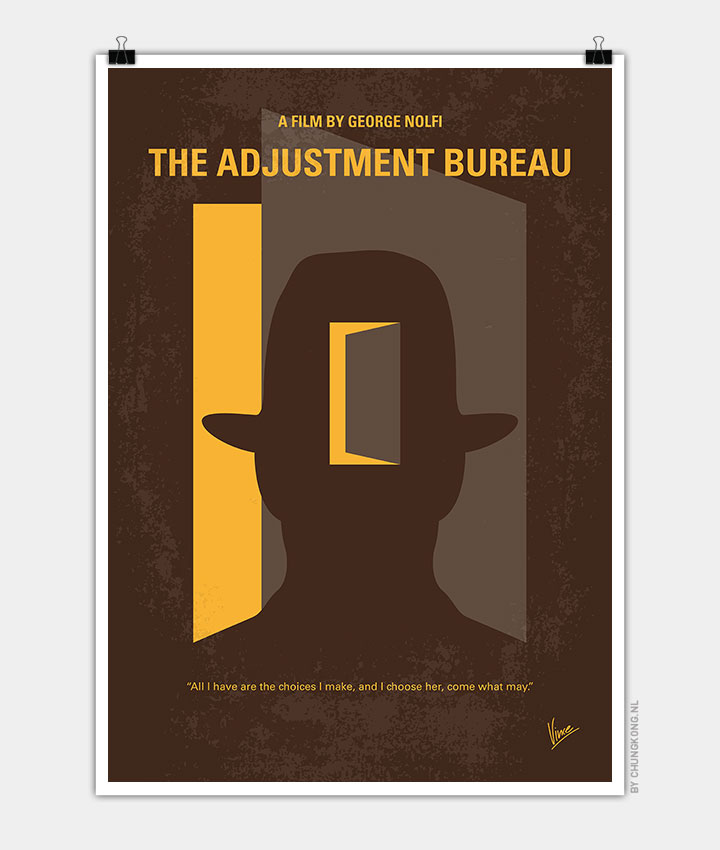 The affair between a politician and a contemporary dancer is affected by mysterious forces keeping the lovers apart.

Storyline
In New York, the prominent politician David Norris is disputing the election for the Senate but his past of bad boy makes him lose the election. He meets the stranger Elise Sellas hidden in the Waldorf’s toilet and she tells that she had crashed a party and the security guards are chasing her. They start a conversation and they immediately fall in love with each other. However the guards find her and David does not see her again. However she inspires him to make a remarkable speech. Three years later, David is traveling by bus and he sees Elise on the sidewalk. He gets out of the bus to meet her and he learns that she is a dancer. Further, she gives her phone number to him and David promises to call her. However, strangers wearing hats approach to David and tell that they belong to the Adjustment Bureau and Elise and David must be kept apart. They destroy the piece of paper with her phone number and David is unable to contact Elise. When David meets Elise again, the strangers use their abilities to keep them apart. What is the reason why David and Elise can not be together?