No715 My Clerks minimal movie poster 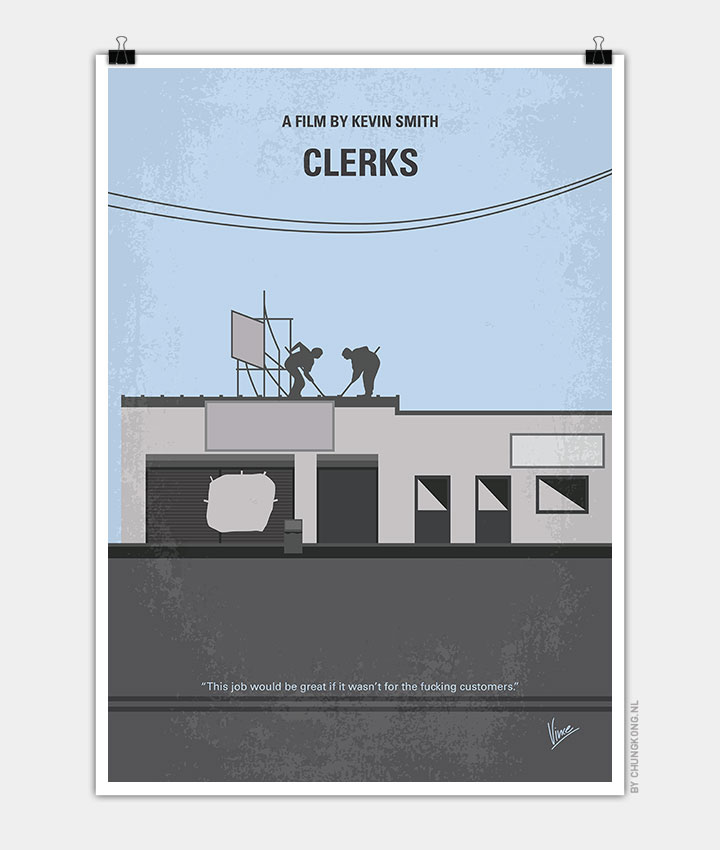 A day in the lives of two convenience clerks named Dante and Randal as they annoy customers, discuss movies, and play hockey on the store roof.

Storyline
Dante Hicks is a clerk at a local convenience store in New Jersey. On one particular Saturday morning, he gets called in on his day off. Once there, he must deal with multiple problems. The shutters outside won’t open. His ex-girlfriend, whom he is still in love with, is getting married. His girlfriend, who bugs him about starting college, has revealed certain, uh…stuff about her past. His boss hasn’t come in to take his place. He has a hockey game at 2 o’clock. Another ex has died, and today’s the last day he can go to her wake. He must deal with customers that aren’t so intelligent. His friend, Randal, a clerk at the video store next door, is even less dedicated to his job than Dante, and is always bothering Dante’s customers. And the biggest problem of them all: HE’S NOT EVEN SUPPOSED TO BE THERE TODAY!! Can Dante manage it all?