No716 My City of God minimal movie poster 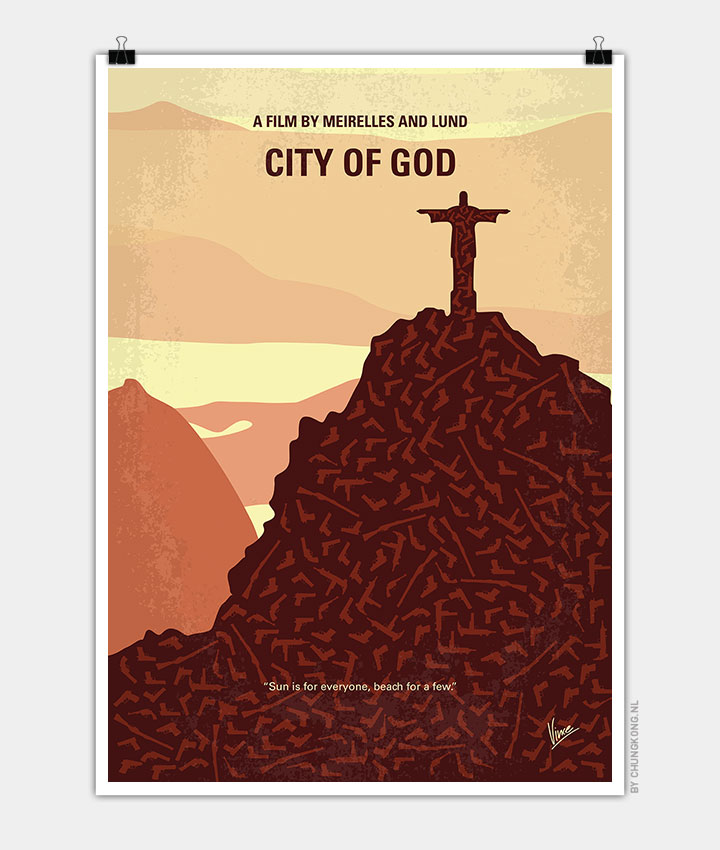 Cidade de Deus – Two boys growing up in a violent neighborhood of Rio de Janeiro take different paths: one becomes a photographer, the other a drug dealer.

Directors: Fernando Meirelles, Kátia Lund
Stars: Alexandre Rodrigues, Matheus Nachtergaele
Storyline City of God is based on a true story that takes place in the ’60s where in the slums of Rio de Janeiro two boys growing up in the neighborhood take on different paths in life. The story is told through the eyes of Buscape, a poor young fisherman’s son who dreams of becoming a photographer one day. His story narrates the violence and corruption surrounding the city and the rise and fall of one of the city’s most notorious bosses, Li’l Ze. As war wages on the streets Buscape’s only way out of this violent life is to expose its brutality to the world through his pictures. Along the way the lives of others are put into perspective as their stories intersect with the events that take place.