No720 My SUPERGIRL minimal movie poster 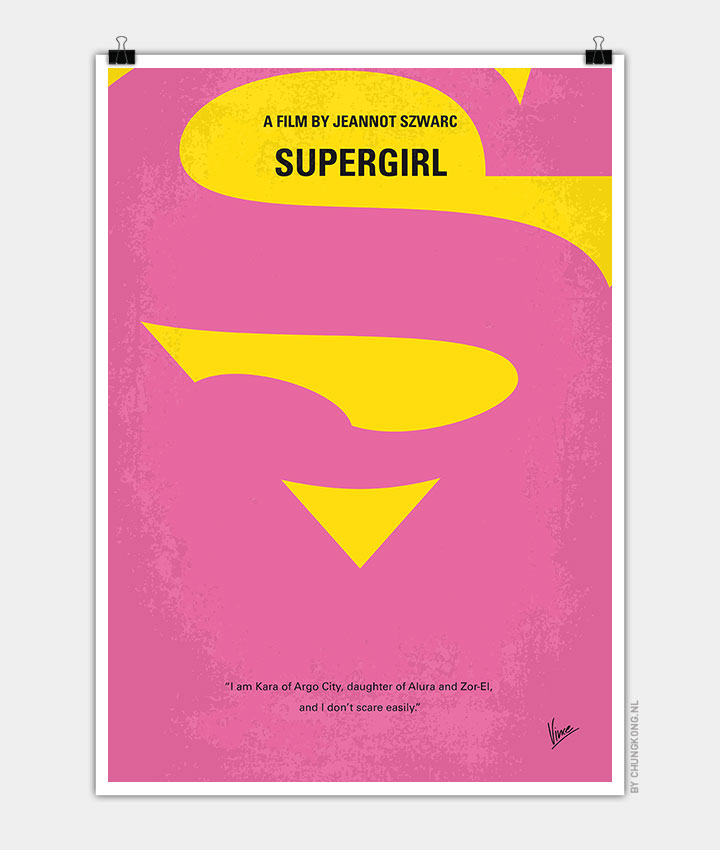 After losing a powerful orb, Kara, Superman’s cousin, comes to Earth to retrieve it and instead finds herself up against a wicked witch.

Storyline
Introducing a brand new superhero, the beautiful and mighty Girl of Steel in her very first adventure. Her name is Kara, and she’s Superman’s cousin from Krypton. Coming to Earth on a mission to save her dying city, Supergirl has to find and recover the Omegahedron, a source of almost unlimited power. But it’s fallen into the hands of an amateur witch named Selena–who intends to use it to rule the world! To get it back, Supergirl has to fight not only evil humans, but the unimaginable forces of Black Magic (including a hundred-foot monster made of pure energy), and make a perilous journey into the forbidden depths of the Phantom Zone.