No721 My A Fistful of Dollars minimal movie poster 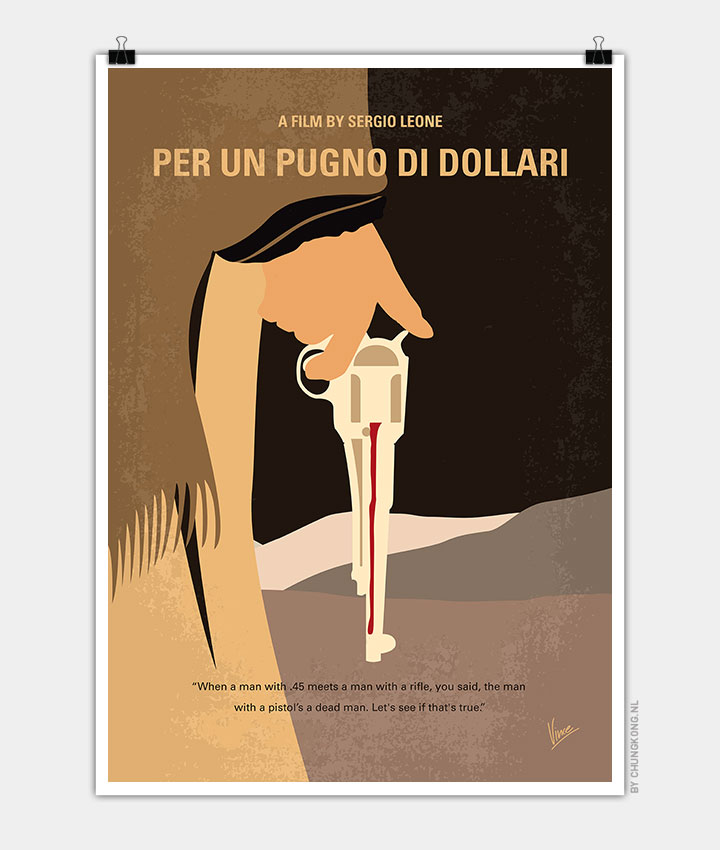 Per un pugno di dollari – A wandering gunfighter plays two rival families against each other in a town torn apart by greed, pride, and revenge.

Storyline
A Man with No Name (Clint Eastwood), arrives at a little Mexican border town named San Miguel at the border of United States of America, and befriends the owner of the local bar Silvanito. The stranger discovers that the town is dominated by two gangster lords: John Baxter and the cruel Ramón Rojo. When the stranger kills four men of the Baxter’s gang, he is hired by Ramón’s brother Esteban Rojo to join their gang. However, the stranger decides to work for both sides, playing one side off against the other.