No722 My Serenity minimal movie poster 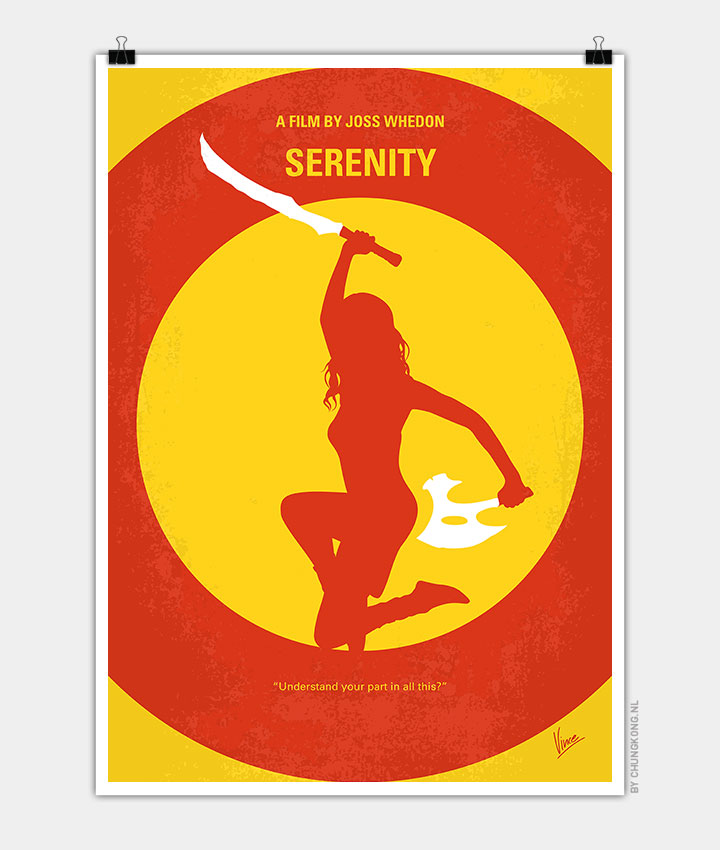 The crew of the ship Serenity try to evade an assassin sent to recapture one of their numbers who is telepathic.

Storyline
The crew of the Serenity is getting desperate. They have lain lower and lower to protect their doctor, Simon Tam, and his telepathic traumatized little sister, River, from the alliance, whom he rescued her from a year earlier. This has made getting jobs harder and now they are desperate. When they take River on a robbery during which Reavers (humans who have gone crazy and turned into cannibals) attack, Simon decides that its time to leave the crew of the Serenity for his and River’s safety. She then mutters “Miranda” and goes berserk and nearly shoots Capt. Malcolm Reynolds, until her brother says the safety word to put her to sleep. Reynolds decides to take them back on board for safety, only now an alliance operative is on their tracks and making Reynolds determined to find out what “Miranda” is and what the Alliance is hiding.