No724 My The Three Musketeers minimal movie poster 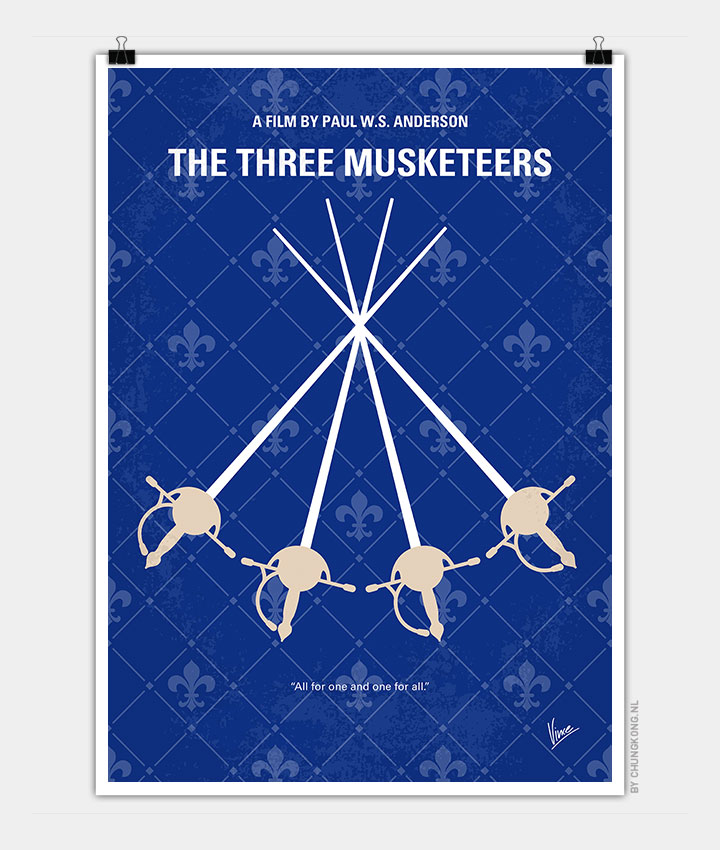 The hot-headed young D’Artagnan along with three former legendary but now down on their luck Musketeers must unite and defeat a beautiful double agent and her villainous employer from seizing the French throne and engulfing Europe in war.

Director: Paul W.S. Anderson
Stars: Logan Lerman, Matthew Macfadyen, Ray Stevenson Storyline After failing in a scheme to steal Leonardo Da Vinci’s airship blueprints, the Musketeers are disbanded by Cardinal Richelieu leaving Athos, Porthos and Aramis on the streets of Paris. In the meantime, the young, reckless and ambitious D’Artagnan has set off from Gascony with dreams of becoming a musketeer himself, not realizing that they have been disbanded. In no time, D’Artagnan manages to offend Athos, Porthos and Aramis on different occasions and challenges them all to duels. However before the duels can take place they are attacked by guards, trying to arrest them for illegal dueling. The ex-musketeers and D’Artagnan fight off the soldiers, leading to the four men becoming a band with the motto of “All for one, and one for all”. Count Richelieu is not only determined to be rid of the musketeers, but also schemes with Athos’ former lover Milady to undermine the reign of King Louis and his wife. The musketeers and D’Artagnan are determined to save the royal family and France itself. Alexandre Dumas.