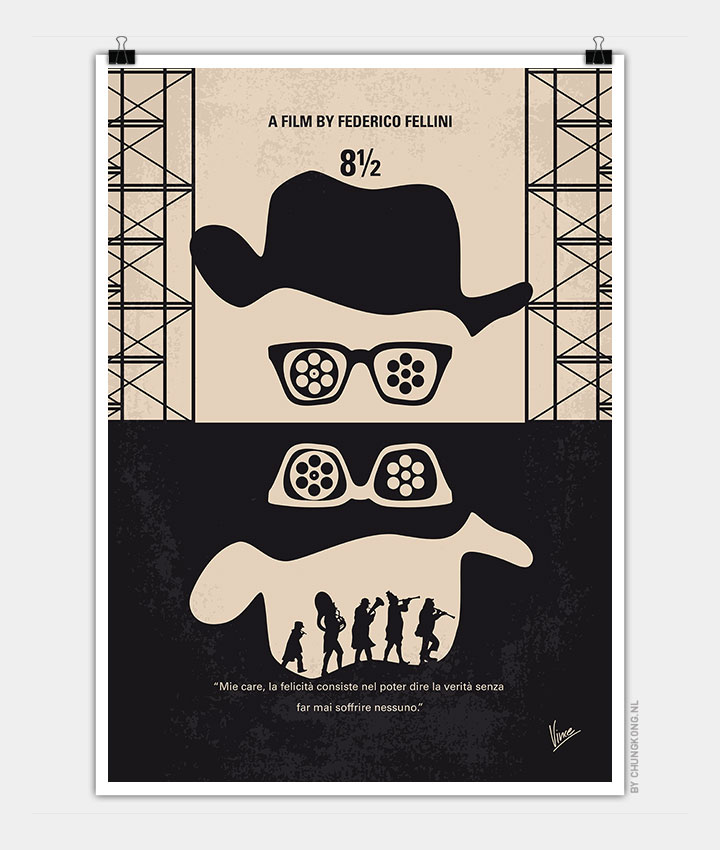 A harried movie director retreats into his memories and fantasies.

Storyline
Famed director Guido Anselmi is working on his latest movie – part science fiction, part commentary on Catholicism, but most importantly primarily autobiography. Despite Anselmi declaring that this movie should be an easy one to make, he is having problems with his artistic vision, specifically as he does not want to tell a lie on screen. From the stress, he has checked himself into a spa to help him with many of his problems, both professional and personal. As he works through these problems, he reminisces about his childhood and fantasizes about how he either sees things playing out or how he hopes they will play out. Surrounding him at the spa and/or on set are many of the real life people who will be portrayed on screen including: his wife Luisa who he loves but who he does not fully understand especially as it relates to their marriage; his mistress Carla, the antithesis of Luisa; and an actress named Claudia who he sees as providing his ultimate salvation.