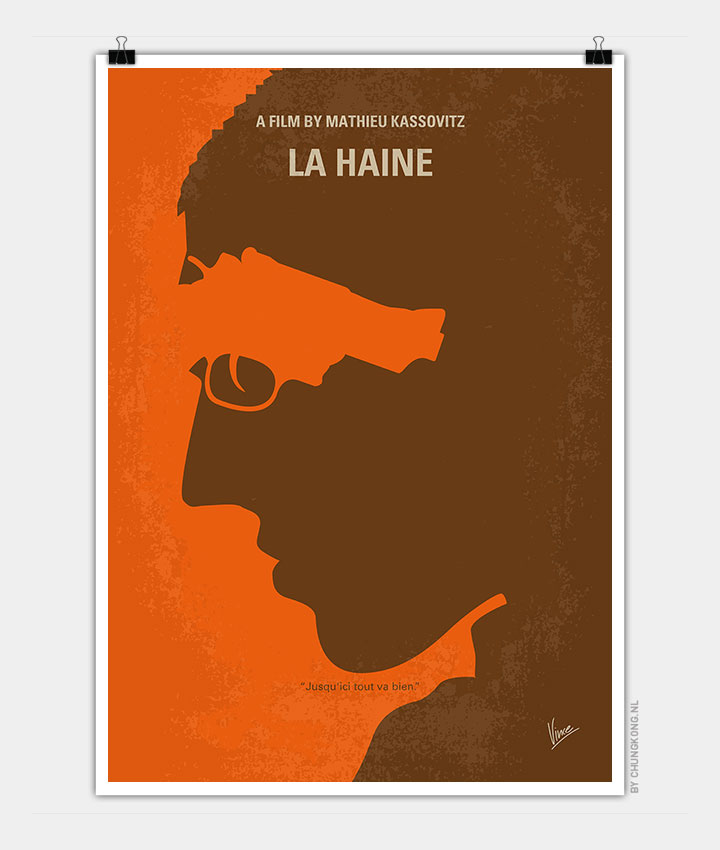 24 hours in the lives of three young men in the French suburbs the day after a violent riot.

Storyline
The film follows three young men and their time spent in the French suburban “ghetto,” over a span of twenty-four hours. Vinz, a Jew, Saïd, an Arab, and Hubert, a black boxer, have grown up in these French suburbs where high levels of diversity coupled with the racist and oppressive police force have raised tensions to a critical breaking point. During the riots that took place a night before, a police officer lost his handgun in the ensuing madness, only to leave it for Vinz to find. Now, with a newfound means to gain the respect he deserves, Vinz vows to kill a cop if his friend Abdel dies in the hospital, due the beating he received while in police custody. Banlieues of Paris. La haine attire la haine! “hatred breeds hatred.”