No739 My Traffic minimal movie poster 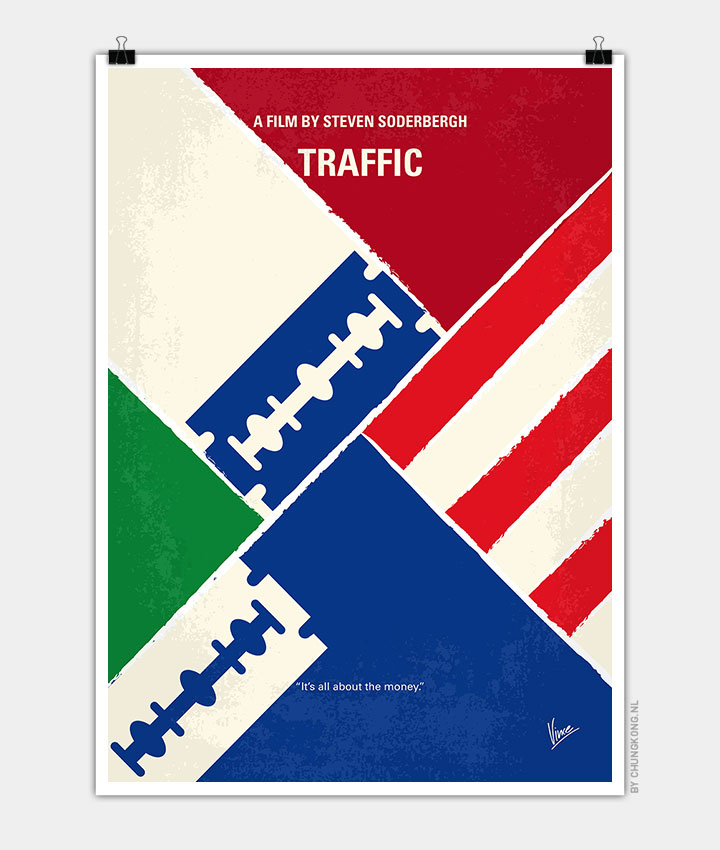 A conservative judge is appointed by the President to spearhead America’s escalating war against drugs, only to discover that his teenage daughter is a crack addict. Two DEA agents protect an informant. A jailed drug baron’s wife attempts to carry on the family business.

Storyline
Intertwining vignettes frame this tale of America’s escalating War on Drugs. Ohio Supreme Court judge Robert Wakefield has been appointed the nation’s Drug Czar, his new position made more daunting by the discovery that his teenage daughter Caroline is a cocaine addict. Meanwhile, DEA agents Montel Gordon and Ray Castro are pursuing Helena Ayala, wife of jailed kingpin Carlos Ayala, as she seeks to the control the business that her husband had kept hidden from her. South of the Border, duplicious local constable Javier Rodriguez is fighting the battle with his own jaded, questionable ethical code.