No745 My UTurn minimal movie poster 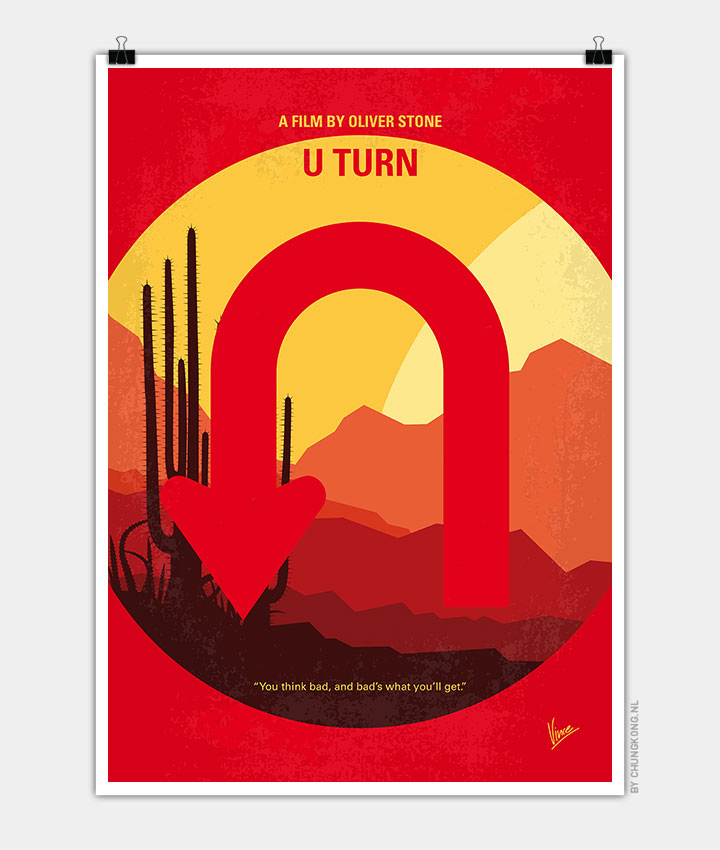 A man heading to Vegas to pay off his gambling debt before the Russian mafia kills him, is forced to stop in an Arizona town where everything that can go wrong, does go wrong.

Storyline
When Bobby’s car breaks down in the desert while on the run from some of the bookies who have already taken two of his fingers, he becomes trapped in the nearby small town where the people are stranger than anyone he’s encountered. After becoming involved with a (unbeknownst to him) young married woman, her husband hires Bobby to kill her. Later, she hires Bobby to kill the husband.