No746 My The Hurt Locker minimal movie poster 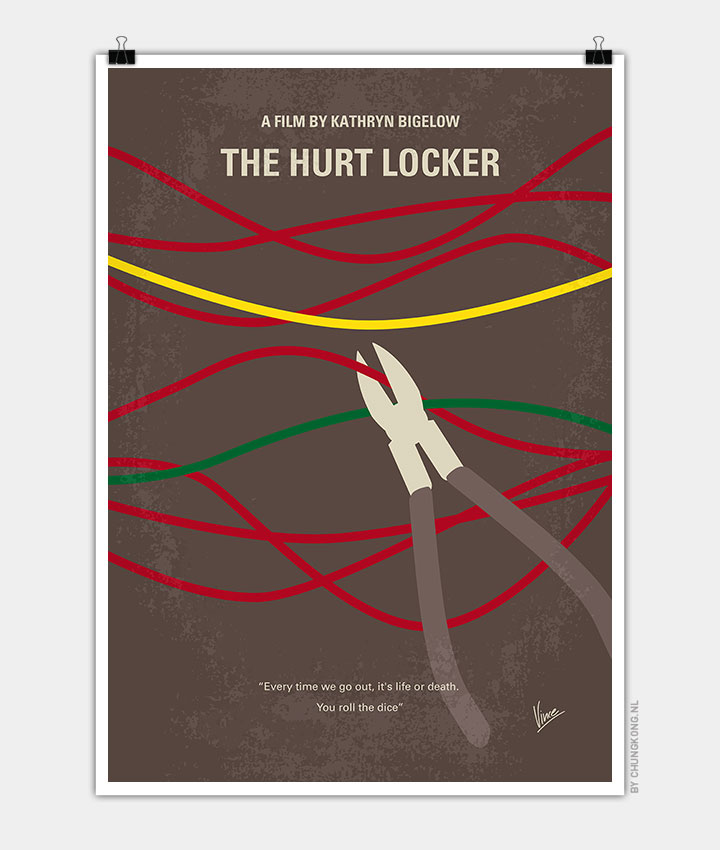 During the Iraq War, a Sergeant recently assigned to an army bomb squad is put at odds with his squad mates due to his maverick way of handling his work.

Storyline
The Bravo Company’s bomb disposal unit, currently stationed in Baghdad, comprises US Army Sergeant First Class Will James, Sergeant JT Sanborn, and Specialist Owen Eldridge. James, the new tech team leader, arrives on the scene when Bravo Company has just thirty-nine days left on its current deployment. It will be a long thirty-nine days for Sanborn and Eldridge, whose styles do not mesh with their new leader (a renegade for whom the thrill of the dismantlement seems to be the ultimate goal, regardless of safety for his fellow team members, for others on the scene, or for himself). By contrast, Sanborn is all by the books, knowing his place and duty and trusting others in the army to carry out their assignments just as well as he does. Eldridge, on the other hand, is an insecure soldier constantly worried that an error or misjudgment on his part will lead to the death of an innocent civilian or a military colleague. While the three members face their own internal issues, they have to be aware of any person at the bomb sites, some of whom may be bombers themselves.