No751 My King Arthur Legend of the Sword minimal movie poster 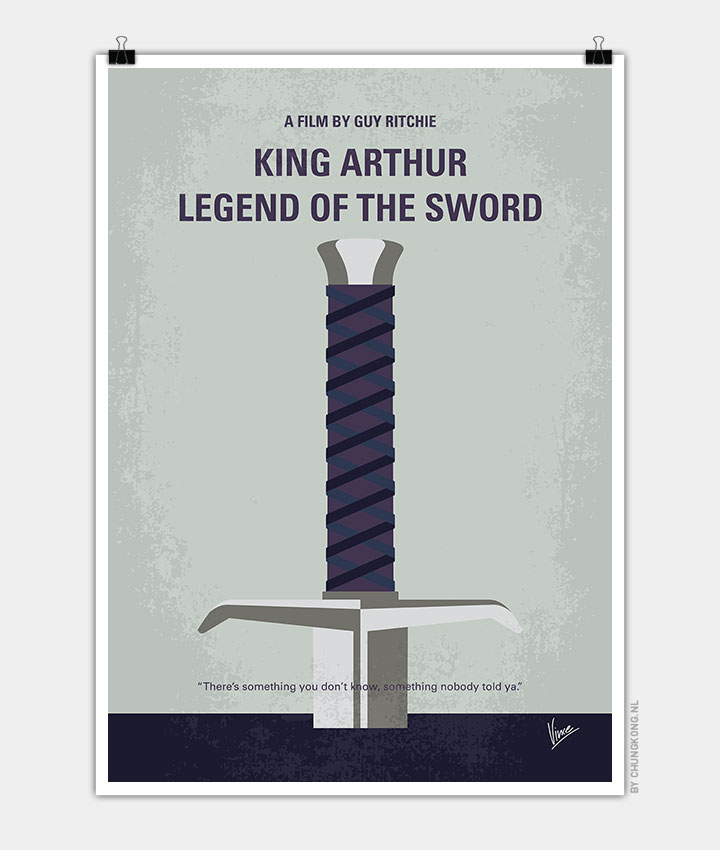 ‘King Arthur: Legend of The Sword’ is take on the classic Excalibur myth, tracing Arthur’s journey from the streets to the throne. When Arthur’s father is murdered, Vortigern (Jude Law), Arthur’s uncle seizes the crown. Robbed of his birthright and with no idea who he truly is, Arthur grows up the hard way in the back alleys of the city. But once he pulls the sword from the stone, his life is turned upside down and he is forced to acknowledge his true legacy whether he likes it or not.

Storyline
The young Arthur runs the back passages of Londonium with his crew, not knowing his royal lineage until he grabs Excalibur. Instantly confronted by the sword’s influence, Arthur is forced to make up his mind. He joins the rebellion and a shadowy young woman named Guinevere, he must learn to understand the magic weapon, deal with his demons and unite the people to defeat the dictator Vortigern, the man who murdered his parents and stole his crown to become king.