No754 My Sully minimal movie poster 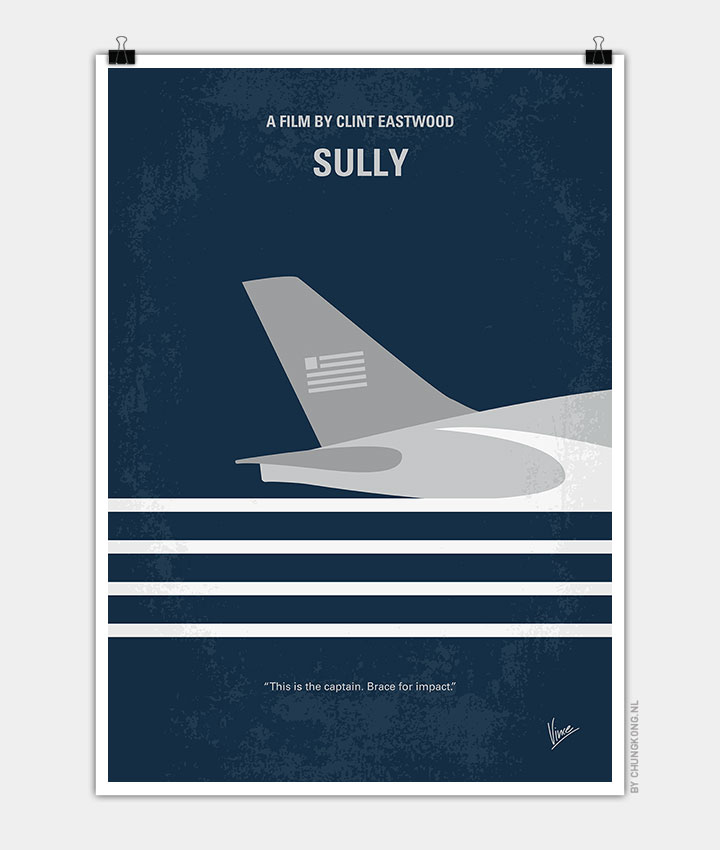 The story of Chesley Sullenberger, an American pilot who became a hero after landing his damaged plane on the Hudson River in order to save the flight’s passengers and crew.

Storyline
On January 15. 2009, flight 1549 left New York but shortly after taking off there’s an accident that wrecks the plane’s engines; they were told to return to the airport. But the Cpatin Chesley Sullenberger whose friends call him Sully, decides that the plane won’t make it to the airport so he chooses to land in the Hudson River. And even when none of the passengers was seriously injured, Sully finds himself under intense scrutiny by the NTSB, whose investigation reveals that the plane could have made it to the airport and one of the engines was still working. Sully still maintains the engines were out and if they tried to go to the airport they would have crashed.