No763 My We are the Millers minimal movie poster 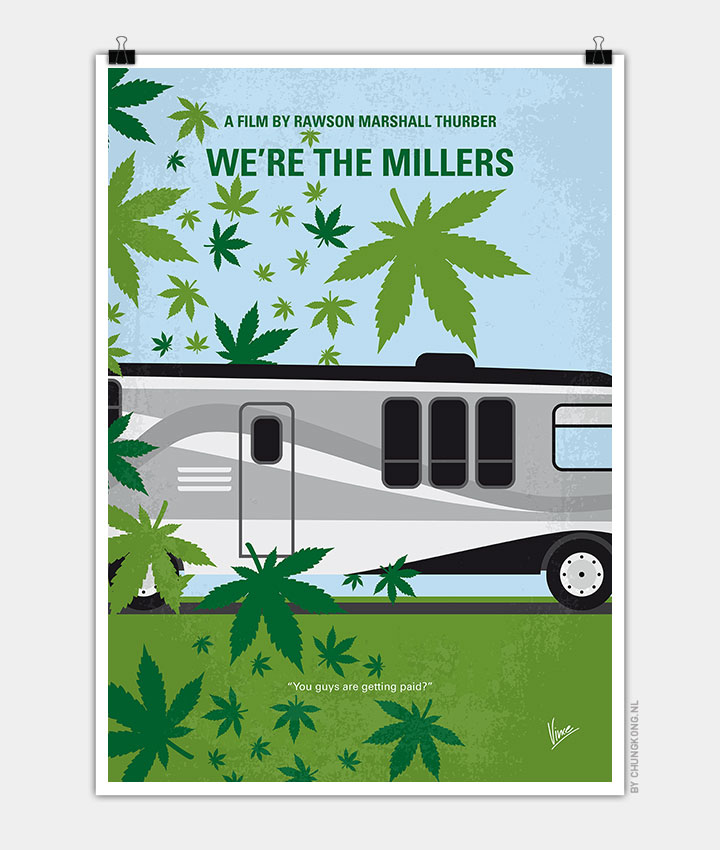 After being robbed of a week’s take, small-time pot dealer David is forced by his boss to go to Mexico to pick up a load of marijuana. In order to improve his odds of making it past the border, David asks the broke stripper Rose and two local teenagers to join him and pretend they’re on a family holiday

Storyline
The smalltime drug dealer David Clark is robbed by a gang while helping his nerd teenage neighbor Kenny Rossmore in an assault. David has to pay a large amount to his supplier Brad Gurdlinger that offers a chance to David to quit his debt and raise some money. David should smuggler a large shipment of marijuana in Brad’s nickname of Pablo Chacon from Mexico to him. David offers some money to the stripper Rose O’Reilly and to the juvenile delinquent Casey Mathis and invites Kenny to travel with him posing as the Miller family on vacation in an RV to not call the attention of the authorities. After a couple of incidents in Mexico, they befriend the Fitzgerald family that is traveling on vacation in an RV and they cross the border back to the USA. Soon they discover that Don Fitzgerald is a DEA agent and David leans that he was lured by Brad and the real Pablo Chacon, who owns the shipment, is chasing them with his right-arm.