No765 My Weekend at Bernies minimal movie poster 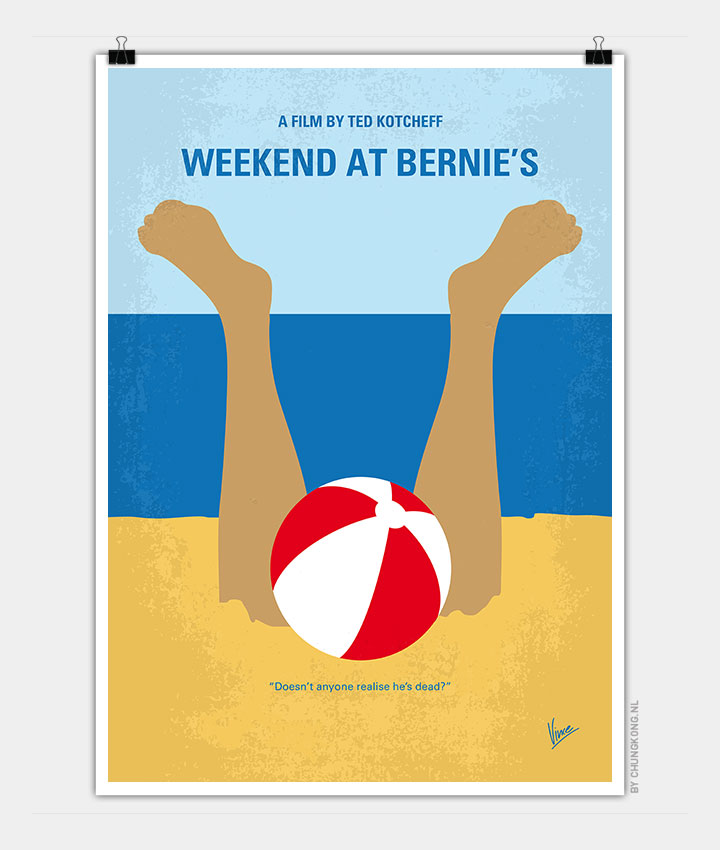 Two losers try to pretend that their murdered employer is really alive, leading the hitman to attempt to track him down to finish him off.

Director: Ted Kotcheff
Stars: Andrew McCarthy, Jonathan Silverman, Catherine Mary Stewart
Storyline Larry and Richard, best buddies, work for the company of Bernie Lomax and one fine summer day accidentally find out that someone in the company betrays it and steals money from it. Hoping for promotion the two guys immediately report about this to their boss. Little do they know that it’s the boss himself who steals from his own company. Pretending that he is proud of them Bernie invites Larry and Richard to spend the weekend at his splendid vacation house on the beach.

Larry and Richard of course agree and while the two are looking forward to a weekend full of parties and girls, Bernie asks a mafia boss and a buddy of his to kill his two employers so that nobody gets to know what they found out. Instead it is Bernie who gets killed and when Larry and Richard finally arrive at their boss’s vacation house they find Bernie dead. Not knowing how to deal with the situation, the two friends have the effort to pretend that their boss is still alive, which brings them into comic situations. And then there’s still the killer who wants to shoot them, many party guests and of course the police.