No772 My Lawrence of Arabia minimal movie poster 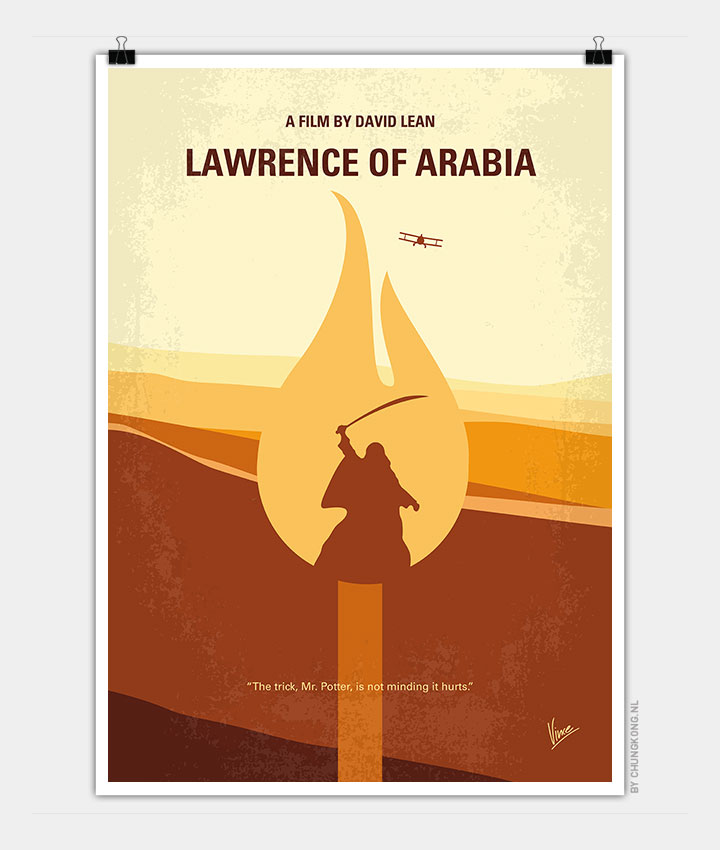 The story of T.E. Lawrence, the English officer who successfully united and led the diverse, often warring, Arab tribes during World War I in order to fight the Turks.

Storyline
An inordinately complex man who has been labeled everything from hero, to charlatan, to sadist, T.E. Lawrence blazed his way to glory in the Arabian desert, then sought anonymity as a common soldier under an assumed name.

The story opens with the death of Lawrence in a motorcycle accident in Dorset at the age of 46, then flashbacks to recount his adventures: as a young intelligence officer in Cairo in 1916, he is given leave to investigate the progress of the Arab revolt against the Turks in World War I. In the desert, he organizes a guerrilla army and–for two years–leads the Arabs in harassing the Turks with desert raids, train-wrecking and camel attacks. Eventually, he leads his army northward and helps a British General destroy the power of the Ottoman Empire.