No778 My Cloudy with a Chance of Meatballs minimal movie poster 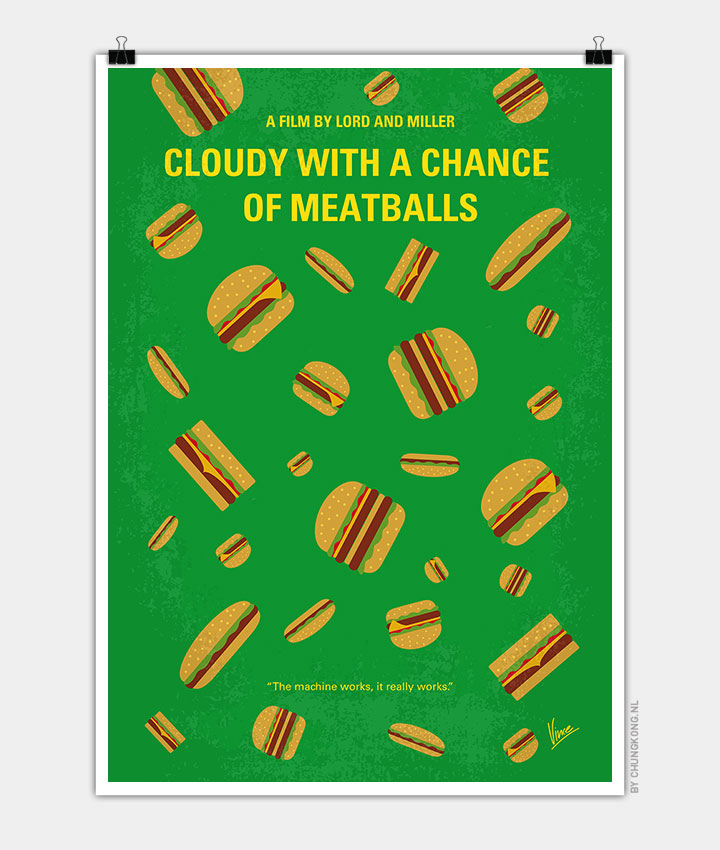 A local scientist is often regarded as a failure until he invents a machine that can make food fall from the sky. But little does he know, that things are about to take a turn for the worst.

Storyline
Flint Lockwood thinks he’s a genius. But none of the things he invented are things that make sense or are useful. However, he has the support of his mother but when she dies, he’s left alone with his father who thinks he should give it up. When the community that he lives in is in an economic crisis because their primary source of income, a sardine cannery, was shut down, Flint decides to try his latest invention, a machine that can turn water into food. But something goes wrong and the machine ends up in the atmosphere. Later it starts raining food. The shifty mayor tries to use this as a way to help their community, but when Flint senses something wrong with the machine, the mayor convinces him to ignore it. However, as Flint predicts, chaos ensues.